In spite of the increasing action seen in online poker games, the Asian region has lost yet another platform offering real money gaming. Bodog88 online poker room, casino and sportsbook which previously catered to players from China, Malaysia, Thailand, South Korea, Japan, Indonesia, Vietnam, Cambodia and India has reportedly ceased operations in the whole of Asia. Operating for more than a decade, Bodog88 boasted of a soft player pool, a wide variety of games, hassle-free transactions and overall accessible gaming, making the platform a prime choice for Asian recreational players and gamblers.

Many online poker players in Asia were in for an unfortunate surprise earlier this week as Bodog88 announced its official exit from the Asian market. After three days of supposed “maintenance”, the client soon after revealed its untimely decision of halting all operations within the region.

Players were greeted with an advisory on how to withdraw their remaining funds as shown below after logging in the platform. Given the circumstance, Bodog88 presented its clientele support for monetary transactions up until October 31st with open bets and reward points being converted into cash for withdrawal.

While no explanation has been given, the brand did mention that their decision was mainly “out of respect for local restrictions, and in order to keep our players safe”. This comes in line with several online poker operators having similarly decided to reduce their presence within the Asian region (especially China) these past few years. Fellow competitors partypoker and PokerStars likewise exited several Asian markets most recently, leaving players with now a very limited number of choices for online poker gaming.

In addition to Bodog88’s decision to pull out across Asia, online players in the region are met with another disadvantage having lost access to the PaiWangLuo Network. Although the name PaiWangLuo may not be widely familiar to even poker players themselves, the established network remains to be one of the largest poker providers in the world, having rebranded from the Bodog Network in 2017.

Bodog88, whilst having operated under the PaiWangLuo Network, does not cater to US players with other skins like Ignition Casino, Bodog.com and Bovada generally available for American players. As the eighth-largest internet poker organization in the industry according to presented traffic figures, the PaiWangLuo is assumed to be among one of the most popular networks among American players. Restricted access for European markets has also put aside a large portion of better skilled players out of its operations, keeping games targeted to a recreational and amateur pool of players.

Nonetheless, players who wish to access the famed PaiWangLuo network can do so by the following brands, depending on their respective countries:

In a popular online forum Two Plus Two, numerous players chimed in on their experiences the past week on the Bodog88 client with many complaining of the bugs and lags that have occurred while they were playing. Eventually, followers soon found out about the unfortunate decision while some were still waiting on news to be released by the platform itself.

One profile posted saying, “Yeah this sucks. But in all honesty I was getting tired of this software and it’s problems anyway, and anonymous poker in general. Where’s the next best place to play for people in Asia?” 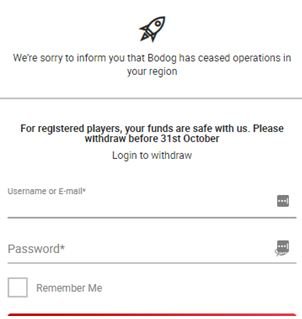 While another posted, “Got this and instantly withdrew all my funds. Any ideas where to play in asia?”

With many other online poker players in Asia wondering of the same issue, Somuchpoker sheds some light by providing a list of viable poker sites available within the region. Players looking to jump in the online poker action can connect with our staff for technical support, exclusive deals, rakebacks and more.