The Triton Super High Roller Series concluded its third installment of the series at Solaire Resort & Casino in Manila, Philippines with non-stop action running for five days from November 2-6, 2016. There were many big poker personalities in attendance intermingling with Asian high profile businessmen at the felt. Some of them walked away with filled pockets, and some left empty-handed. Here is a lowdown of all the exciting action witnessed these past days.

Malaysia’s Wai Kin Yong was one of the biggest stories of the series. Yong may not have stolen the headlines when he won the second edition of the Triton SHR Series, a charity event held in early September, but his win today at the HKD 500K buy-in Main Event put this young amateur in the forefront of the news.

In order to get to the top, Yong had to go for his second bullet at Day 1 and get past the numerous heavyweights in the field just to survive. He impressively climbed up the ranks in Day 2 to enter the final day as the chip leader, and proceeded to defeat a fully loaded final table to claim the HKD 16,135,550 first place purse. In the most crucial final rounds, Yong eliminated the hot-handed pro, Spain’s Sergio Aido, in 3rd place, and American pro Bryn Kenney at the heads up round. See the link for all the Main Event hand updates.

The Triton SHR Series was a five-day event that began with a two-day HKD 200K buy-in Freezeout Six Max. There were a total of 39 players who participated for a grand prize pool of HKD 7,529,400. With many well-known pros in attendance, it was no surprise to see them take charge of the final table and see one of them rise to the throne. Daniel “jungleman” Cates took down that event, padding up his wallet an extra HKD 2,785,900. 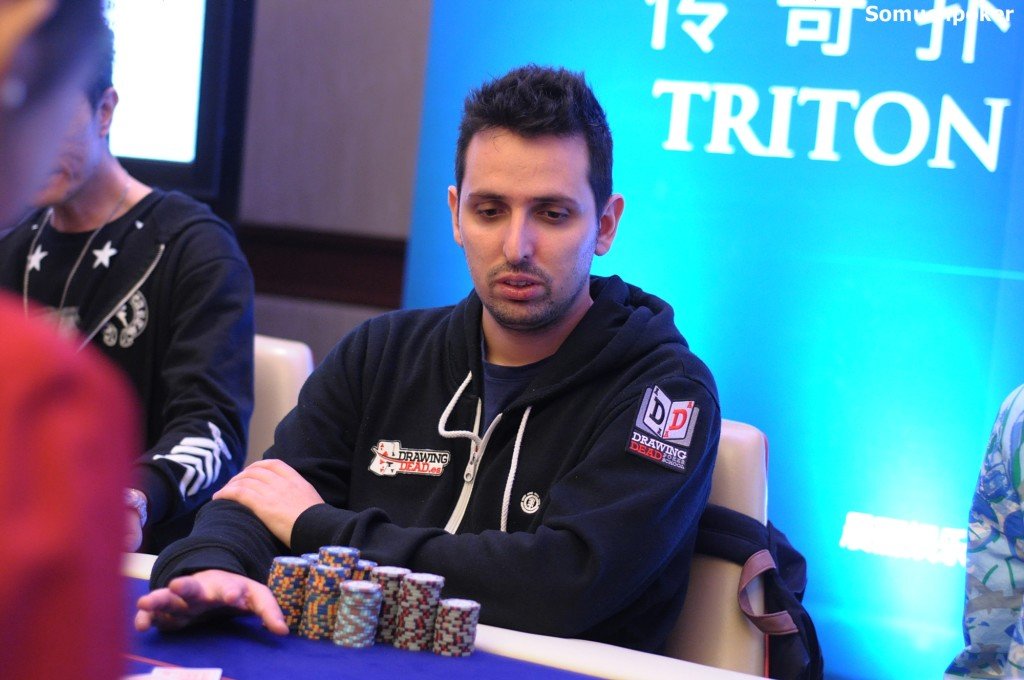 Fresh off a 2nd place finish at the APT Macau 2016 Main Event, one of Spain’s top ranked pros, Sergio Aido, entered both of the events at the Triton SHR Series and ran deep with a 3rd place finish in both. Aido earned HKD 6,580,900 at the HKD 500K buy-in Main Event where he dominated the field early railing four players in his path, and HKD 1,129,400 at the HKD 200K buy-in Freezeout Six Max where the eventual champion Daniel Cates stopped him in his tracks.

With the Triton SHR Series gaining more recognition in Asia and around the exclusive poker society, it was no surprise to see it only draw in the crème de la crème. High ranking live tournament players such as Erik Seidel, John Juanda, Fedor Holz, David Peters, Philipp Gruissem, and JC Tran all colored the field, including online sensations Mustapha Kanit and Timofey Kuznetsov. Also in attendance was Tom Dwan, a rare sight in the live scene, who found himself tabled with Daniel Cates on both of the events at the series.