Countless poker enthusiasts have chased this dream, and Chris Ferguson famously accomplished it, in the form of turning $0 into $10,000. The dream is to start with nothing, give an online poker room not a single cent of your own money, and spin up a bankroll regardless.

In the earlier days of online poker, freerolls were very commonplace, and often ran multiple times each day. These were always the ideal springboard to pick up that first $5 or $10, and from there, micro sit n gos or cash games seem the most solid, stable way forward. Chris Ferguson opted for cash games once he had won his first $2 in a freeroll, and lost a coin flip to put himself back to $0. He persisted though, and soon had enough to play a few $1 multi table tournaments. 2nd place in one of these tournaments then yielded $104, and from there, he was up and running. It took him 9 months to reach his $100 goal, and another 9 to reach the final $10,000 figure. He put in 10 hours per week, and proved to everyone that the seemingly impossible, was possible. Nowadays, Chris Ferguson is one of the most unpopular player in the poker community for his involvement in the Full Tilt scandal. 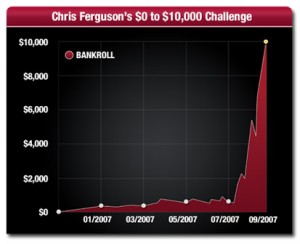 In the modern world, freerolls for established players are less frequent, as sites look to offer them for first time depositors, as part of a first deposit bonus. Poker rooms only want to part with free money if you give them some of your own. There are still a few options for getting started without depositing though, with the following sites offering the greatest opportunity for Asian players:

This site has recently switched over to the GG network, and has a multitude of freerolls running each day. These “Zodiac” freerolls run every 2 hours, and offer prizes of a satellite seat, which can lead to an entry into the $100 buy in Super Sunday tournament. From there, a min cash will be a very good start to your bankroll, with a $10,000 guaranteed prize pool up for grabs.

You will find frequent opportunities to satellite into the World Poker Tour at Poker Monster, and if it’s a bankroll you’re after, you can grow one quite swiftly if you make it to a WPT event and go deep. In one sense, the gold currency used here has a financial value, and with players being permitted three 300 gold refills per day, you essentially get a small trickle of money to help you start a bankroll from nothing. 10/20 cash games can then help you grow from there. 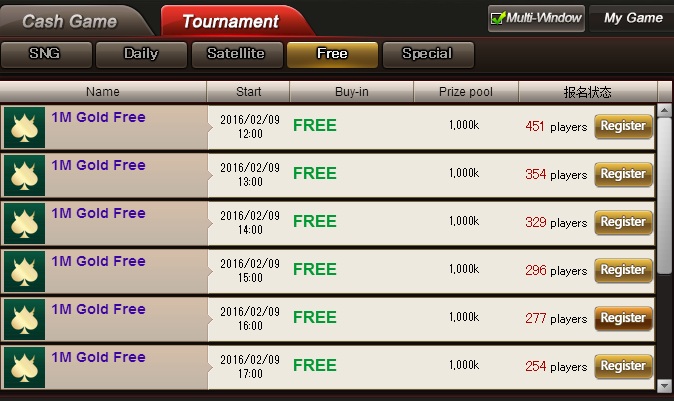 Throughout the day, there are also freerolls with 1 million gold in the prize pool, which can further boost your funds. Once you have a mountain of gold, you can look to exchange it for cash, or a WPT ticket. Once you get that first firm foothold, it’s all about patience, discipline, and bankroll management.