The 4th Edition of the  International Poker Open recently ended in Changsa, Hunan province in Mainland China.  Last year, it was held in Manila and was won by Filipino poker pro Lester Edoc. Guaranteeing a prize pool of 2,600,000 RMB (US$390,000) for the Main Event, the Festival this year was unique as it had a total entry fee of 8,800 RMB (US$1,326) which was good for the Main Event and all Side Events.

One of these renowned poker players was Tuan Tuan who won the Main Event, outlasting a field of 497 players and taking home 600,000RMB as first prize.

This turnout was another testament to the growing community of poker players in China. This year alone, tournaments that happened in Mainland China all showed a healthy participation from the Chinese market; The Asia Poker League (APL) tournament in Beijing had a participation of 465, and the China Poker Games in Sanya had 1,075 entries.

Of great interest is the Chan Yu team who won the Team Event.  Players from this team seem to be showing great potential and skills in the game.  One of its members is Aiko Wang, a rising Chinese female poker star, who won the Pot Limit Omaha Event. 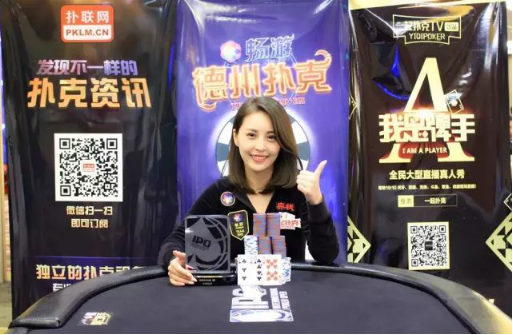 Somuchpoker interviewed Ms. Wang on her view on the Chinese poker market in the recently ended Asia Poker League.

More: A Quick Chat with Aiko Wang from Team Pro Chang You

Other notable winners of the side events are as follows:

With 497 entries in the books, International Poker Open will definitely be another tournament in Asia to watch out for.