What may merely appear to be a chart of a trader or a graphic representation of a patient’s heart frequency is in fact the most common way for poker players to visualize and exhibit their results and show them to others. It is, by far, way more than a simply drawn line, and the actual fun of it is how the graph’s progression discloses what went totally wrong, or the opposite—what went totally right. We’ve assembled a composition of funny graphs along with a deeper exposition of the facts and speculations that tell the story behind them. This is certainly one of the most renowned graphs in the Poker World. This graph has been posted on Sharkscope. A line that goes straight up vertically can just mean that someone has won a tournament. The air becomes thinner at high altitudes. But, as a tournament player, you normally climb down slowly in small steps, until you rise up again. However, this guy drew too much confidence from the mountain peak and decided to invest his winnings into 2k – 5k Heads-up Sit’n Goes, playing the world’s best players. So, instead of at least using a parachute to cruise down smoothly, he chose the freefall, losing all of his money in under 1000 hands.

This graph was once posted on www.husng.com. It shows the graph of one of the most successful Heads-up SNG Grinders – Olivier Busquet. It shows 2 lines of 2 of his aliases. You can combine the winnings of many players, and they’ll still fall short of his earnings. Adding 35%+ rakeback, he will end up with $3.3 million. Candidate 1 lost a decent portion of his money to Olivier. He won millions over the course of 60.000 games. You can easily derive from that relation what a staggering buy-in he’s playing.

Once you have been impressed by how many $ per SNG Olivier Brusquet has won, this graph of Dario Minieri will take your breath away. The horizontal scale is merely displaying 1000 games played in December 2007, and the more stunning visualisation is the vertical scale with winnings of 370.000! Simply solid! 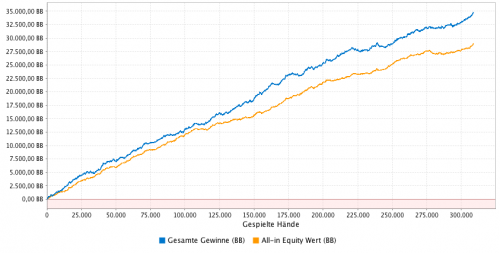 It’s quite common for people to get in trouble for posting graphs displaying the abstract measure “BB” instead of showing their $$$-earnings. But this graph doesn’t deserve to be blamed or critized in any way. Led Zeppelin might call it the “Stairway to Heaven” with its smooth and continous rise. The large scales of 300.000 Hands and total Winnings of 35.000 BB erase the last spark of doubt that this result was caused by anything but pure skill! 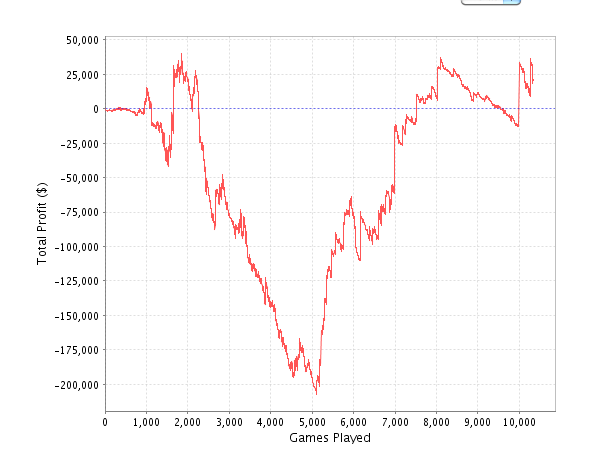 “May the force be with you,” said Obi Wan Kenobi to Anakin Skywalker. Apparently, the force to not surrender and be defeated by the variance was with villain when he formed this L-shaped graph and fought his way back out from the dark basement onto break-even ground. 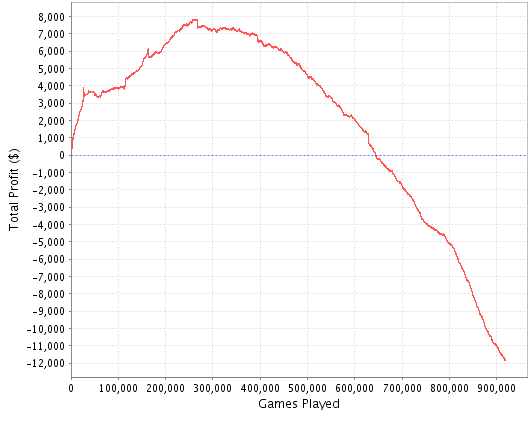 What looks like a slide at a waterpark and ended in a $12.000 downswing could have ended as a hill. Although, it’s worth acknowledging that if 650.000 is what it takes to break even, you should be working on your strategy. It resembles the graph of Olivier Busquet a little bit, if you swap the direction of the lines.

7) You can’t deny your tilt issues. 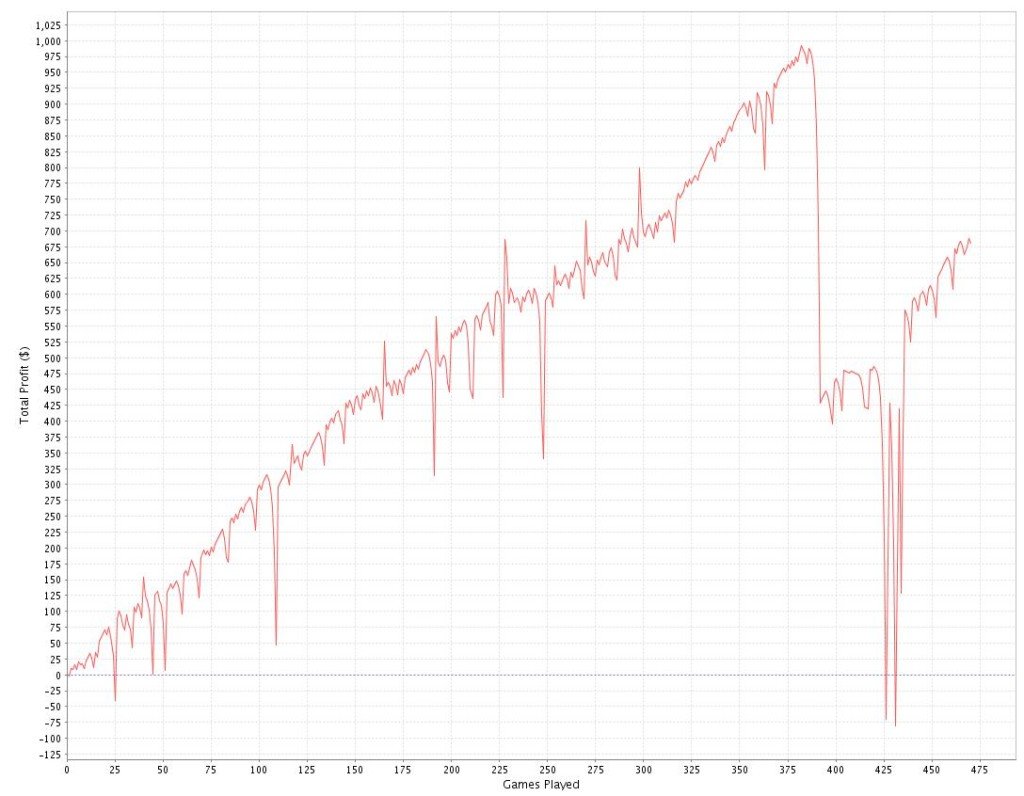 Don’t worry, this is not a picture of someone’s heart beat after being given an injection of adrenaline, though emotional excitment and anger affect the volatility of your poker graph in the same way, and this guy can’t deny that he’s dealing with tilt issues. The funny thing is that you didn’t probably recognize the small outbursts and down peaks at the beginning. The two big drops caught all of your attention, but if you look at the small outbursts, you know the big drop is coming, sooner or later. When you add drugs to emotional excitment and anger, you’ll end up like this:

Chasing Super Nova Elite Status on PokerStars used to require a vast amount of VPP! To be exact: 1.000.000. In order to reach this annual goal, you commonly needed to play 8-12 hours a day at 10 tables or more. If you didn’t’ get tables, you couldn’t lean back. You gotta be moving out of your comfort zone and adding games that generate a lot of rake. What could be more favourable than adding SNG’s to your daily routine? That’s what Quintinio54 did, but it seems like he moved so far off that his SNG-graph went the total opposite way. 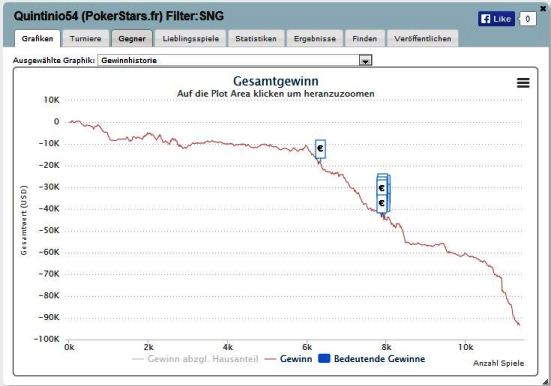