Molly Bloom has developed the reputation of being Hollywood’s ‘poker princess’ after details emerged of organised games between A list celebrities, with seven figure sums of money piled high on the table.

In her recently written memoirs, Bloom has released startling details about the players, the amounts of money involved, and the personalities of the players who participated. From humble beginnings as a waitress in Los Angeles in her mid twenties, Molly Bloom steadily grew in stature, rising to become the organiser of a huge underground poker game that had stars such as Ben Affleck, Leonardo Di Caprio, and Matt Damon in attendance. While she is less than kind about how Tobey Maguire behaved in the game, describing how he once pressed her to bark like a sea lion for $1,000 she always had fond words for Affleck, Di Caprio, and Damon. The big game that Bloom had overseen for a long time, did eventually disappear however, crushed under the weight of law enforcement when they eventually came knocking, subsequently arresting Bloom for profiting from running an illegal poker game.

In the latest twist for Molly’s story, her book is now set to provide the foundations for a film about the game. Aaron Sorkin has taken on the job of directing the film, and was quick to bring in Idris Elba and Jessica Chastain to play two of the key characters. The film should be an interesting attempt to bring this poker tale to life, and the casting process appears to suggest that there is a good budget to be spent on the project. 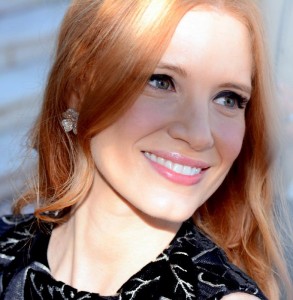