Reports surfacing from the government in the Philippines, have suggested few weeks ago, that a think tank has been formulating new proposals in it's search for fresh revenue streams.

The prosperous gambling sector of the country appears to be their target, which could be bad news for poker enthusiasts in this part of the world. Under current rules put forward by presidential decree, only players who earn a salary above PHP50,000 are allowed to enter casinos, but this is not rigorously enforced. The new idea, if it came to pass, would be impossible to sidestep. The think tank group “National Tax Research Centre” have come up with a plan to charge every Filipinos  who steps into a casino, a fee of PHP3,500 (USD$74.) Obviously for whales wanting to gamble, this would make very little difference, but for small to mid stakes poker, it could be catastrophic. When players have to pay a buy in for a poker tournament, and also a fee which is almost as much as the buy in, just to walk through the door – They'd choose not to step through the door in the first place, because it simply isn't worth the outlay. The think tank is actively hoping to discourage all but the big money gamblers from entering casinos. 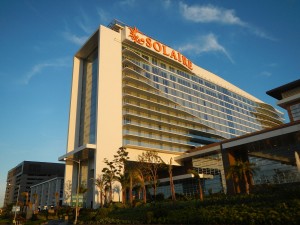 This proposal is by no means certain to become law. If it does, it will cause untold damage to a thriving poker ecosystem, where small stakes cash games and affordable buy in tournaments would become unprofitable, and unplayable, for many.

Read more about this topic  on Calvin Ayre