PokerStars has come under fire in recent years with many of its changes, with players often feeling that the online poker giant is squeezing players for every cent it can get its hands on without any consideration for what its customers want.

The latest change to be announced once again raises the same concerns and seems to be an attack on professional players looking to earn a living from the game.

On the upside however, there is some positive news for tournament players, with the WCOOP schedule having now been released.

For many years, players could play up to 24 tables simultaneously on PokerStars, but now, that option has been removed. Players who earn their money by multi-tabling are going to have to completely rethink how they operate, with the maximum number of tables now slashed to just 4 at cash game tables.

Of course, PokerStars are not the first online poker room to have a table cap; Bodog and Ignition have been capped at 4 for years and GGNet has a cap of 6.

The general goal behind the move has been explained as, helping to ensure that action moves faster on cash game tables while lowering the number of professional players being sat with recreational players. The table cap will likely also force more players onto Zoom tables to chase a better hourly rate which also generates more rake for Stars.

One thing I want to clarify regarding yesterday’s #rant:

There’s nothing wrong with wanting to push players towards Zoom for business reasons, or even with a Zoom-only site, BUT don’t pretend it’s “for the ecosystem” unless you’re lowering Zoom rake along with it. https://t.co/4iIPlPOoys

The table cap was first tested on the Italian domain before being rolled out on all PokerStars tables on August 20th. Data had been collected from the earlier trials which had a cap of 6 tables and was examined over a 13-month period before the decision was made that 4 was the “optimal number”.

Severin Rasset, Director of Poker Innovations and Operations for The Stars Group said,

“This should lead to increased win rates on any individual table for the strongest players, while increasing the likelihood that single-table players will meet others like themselves. As a result, they’ll have more chance of experiencing winning sessions and continue to play in the longer term”. 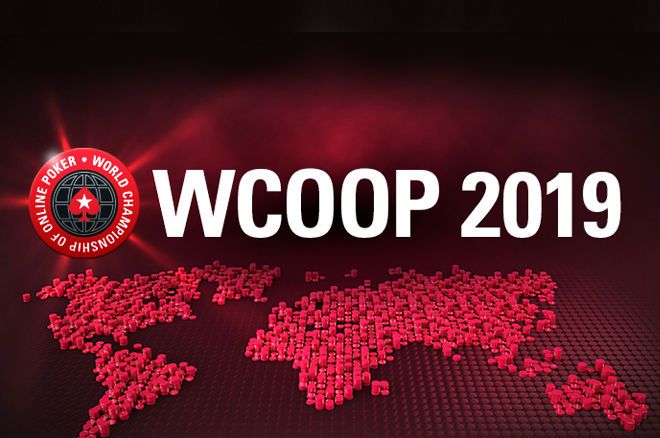 For the tournament grinders on PokerStars, this week has brought better news. The WCOOP schedule has now been released and will guarantee $75 million across 73 events.

The WCOOP series will feature a low, medium and high buy in tournament for each of its events, making the series more affordable for recreational players, and the $5,200 High Main Event on September 22nd has a $10 million guarantee attached. Other interesting tournaments are as follows:

This WCOOP brings plenty of positives with it, being set up in three tiers of buy in level and covering all mixed games while still providing the big buy-in Hold’em events everyone wants to see. The first event gets underway on September 5th with the series concluding on September 25th.