Rest of the World
January 4, 2016 by Louis Hartwell

This week, news has emerged that another member of team Pokerstars has decided to leave the online poker giant, and that player, is none other than Isaac “Ike” Haxton. In a worrying trend for Pokerstars, Isaac Haxton, and Alex “Kanu7” Miller have both parted ways with them in the last month, with 2 time EPT winner, Victoria Coren Mitchell having left the team last year too.

What Pokerstars did was not fair to the players, and was unethical

Issac Haxton is currently at the WPT Philippines festival, and Somuchpoker managed to catch up with him for a few minutes while he was on a break from the Triton Super High Roller Series Cali Cup. Here’s what he had to say about his departure from team PokerStars: “I took this decision because I believe what Pokerstars did was not fair to the players, and was unethical.” He went on to mention how his online poker playing may be affected by his decision: “I will keep playing online, but will look at all the options available. Online games are getting tougher and tougher, so I may also play more Super High Roller events like this one.” 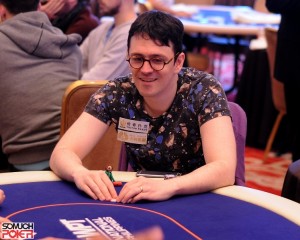 The storm surrounding the VIP changes rages on, with Isaac Haxton’s departure being the latest in a series of chapters, indicating significant player unrest. Despite claims that player strikes have not harmed Pokerstars, it surely doesn’t reflect well on the brand, if some of their most highly respected pros are opting not to renew their contracts, because they feel that certain decisions made by Pokerstars are unethical.