The year that passed saw big game changers for the poker industry in Asia. There were many challenges that were overcome and new horizons set for the growth of the sport.

Here is a list of five key trends that counted in 2016 and for the years ahead.

In sheer numbers, PokerStars Live Macau, the only poker operator offering consistent tournaments, experienced record-breaking attendance as early as the Macau Millions (2,343 entries) in January and the Red Dragon (Asia-Pacific record for largest field in a freezeout event) two months later. This success was witnessed continuously throughout the year.

The year also saw new actors enter and re-enter the Macau poker scene. In April, the Macau Billionaire Poker room opened its doors at the Babylon Casino with two events hosted during the year.

In late August, the Poker King Club, one of the most well known poker brands in Macau, took over the management of the new Crystal Palace Poker Room in the Casino Lisboa. This new venue saw the PKC team up with the Asian Poker Tour producing two festivals for a successful return of the APT brand to Macau.

In early April 2015, Somuchpoker was the first media outlet to report the opening of a new room by the Poker King Club at Solaire Casino in Manila. This move would likely involve the transition of the Macau Big Game to Manila with Chinese VIPs looking to veer away from the high security measures in Macau and onto friendlier shores.

Using its new venue, the PKC, headed by owner Richard Yong, launched at the start of 2016, one of the most prestigious brands in Asia, the Triton Super High Roller Series. This new super high roller brand hosted three festivals during the year, attracting international poker legends, high-ranking pros, and poker elites.

Among the attendees was German sensation, Fedor Holz, who kicked off his incredible year by winning the first Triton SHR Series for nearly USD3.5M. Phil Ivey was also present, recording his only tournament cash of the year with a 5th place finish.

The rarely seen Tom Dwan attended two of the Triton SHR Series events, which were the only two events he participated in all year.

Equally important but less visible, were the insanely big cash games that took place in the VIP Rooms of Solaire Casino. The minimum buy-in required would sometimes reach up to a massive HKD 30M with Chinese VIPs and invited world poker elites seated at the table.

The Year of the Red Monkey was a very fruitful time for players from China with several of them attaining world recognition.

Yue Du also made headlines after winning Event #59: $5,000 NLH at the World Series of Poker 2016. Du impressively eliminated every single player at the final table to become the first player from China to win a WSOP gold bracelet.

Much of this success can be attributed to an overall growth of poker in Mainland China. With interest growing exponentially, and more events offered in their homeland the past year, this brought in a hefty chunk of sponsorship money, allowing for the best Chinese players to enter the international circuit including European stops and the WSOP.

While there is no doubt that poker has made an impact and is steadily growing in China, a major push has been taking place, backed up by high-powered Chinese conglomerates investing in the game. One of the top promoters is Tencent Holdings Ltd., successfully developing its own poker app and attracting many new Chinese players. Their gamble continues to pay off with the Tencent Poker Tour witnessing a big turnout at their last event just a few weeks ago.

Another big Chinese company stepping into the poker arena is the Alibaba Sports Group (Alisports) who intends to form the International Poker Tour. The new poker brand will have stops not just in China but also in various key locations around the world.

It is well to add in the acquisition of the WPT in 2015 by Ourgame Holdings Ltd., a Hong Kong listed company.

These game changers may well be transforming the poker industry in Asia or even worldwide in the coming years.

In Vietnam, poker has made a big breakthrough with Aces Poker Club opening at the end of July 2016. This is the first legal poker club where Vietnamese are allowed to play. 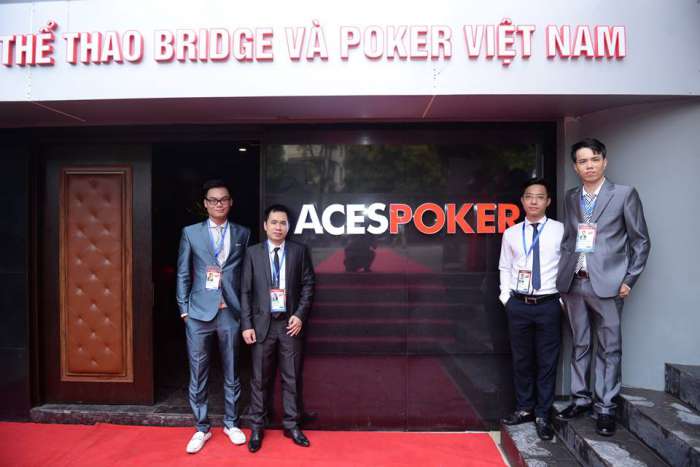 Although there are several limitations such as by membership only, no cash games allowed, and no foreigners, this is a great step into improving the mindset that poker is a game very much relying on skill as compared to other casino games. Due to this, there is a high likelihood of more poker clubs opening up in the future.