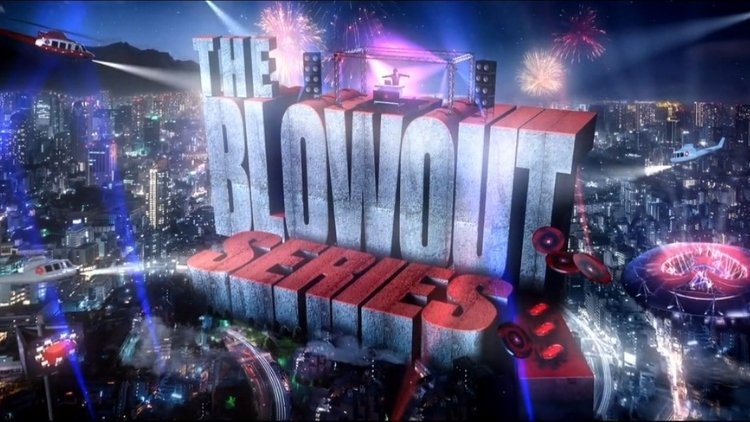 PokerStars has faced some technical difficulties recently, but that doesn’t stop the poker giant from offering some massive new events in December.

First, the Biggest $55 phased event has already begun as it’s running across dozens of starting phases up until 21st December when Phase 2 will be held.

The event has a $2 million guarantee, so Stars needs to attract 40,000 players in order to prevent an overlay and make sure that the Biggest $55 will become one of the biggest events of the year.

Later in December, starting on 27th, PokerStars is going to run a big tournament series called The Blowout Series. The theme seems to be an extended New Year’s celebration to say goodbye to 2020 and welcome a new and hopefully better year.

The Blowout Series will run until 19th December and guarantee $60 million in prize money. Each Sunday there will be four BIG BLOWOUT events with the buy-ins $109, $215, $530 and $1,050. These events will have a $5 million guarantee each!

On New Year’s Day every poker player has to work towards NOT being hungover as Stars is offering the $11 New Year’s Bash with $2 million guaranteed – this is a phased tournament, so watch out for the Phase 1s. As PokerStars would need 200,000 players in order to hit the guarantee, it is very likely that there will be a juicy overlay on the first day of 2021.

There is a lot more that the Blowout Series has to offer, for example the ticket machine will be activated again (you can get draws for each event you play in order to win tournament tickets) and it looks like PokerStars wants to make a statement. As so often, it is a little late, but it might be just the right way for poker’s number one to get the players back on their side and close out the year just the right way. 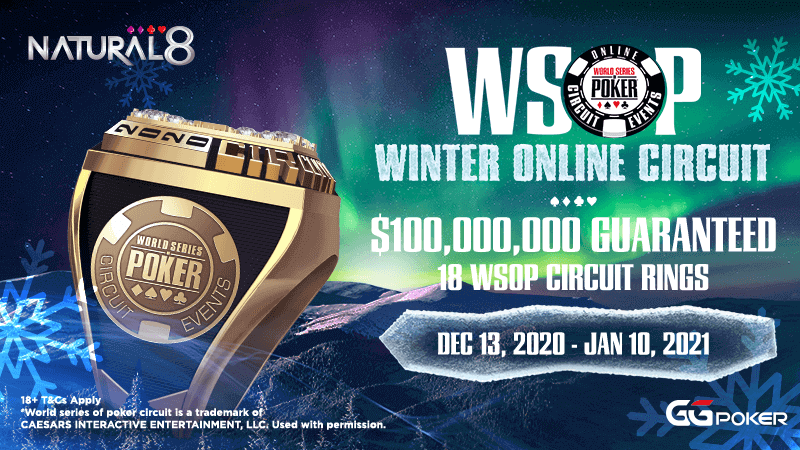 And that is not all for December. The poker sites are ramping up their tournament offerings massively.

The WSOP Winter Online Circuit Series on the GGNetwork has begun with satellites and it looks amazing! The series has a $100 million guarantee across all events. And on top of that all winners of the 18 WSOP Circuit Ring events will of course receive the popular WSOP Circuit Rings as trophies.

The festival kicks off on 13th December and will run until 10th January. The $1,700 Main Event boasts a $10 million guarantee, will start with its first of many Day 1s on 4th January and will conclude on 10th January.

There are multiple side events available and of course for those with a smaller bankroll there will also be a $2 million guaranteed $170 Mini Main Event.

The final table will be streamed on GGPoker’s Twitch channel with cards-up coverage and Randy “Nanonoko” Lew and Kevin “Rotterdam” van der Kooi as commentators.

The World College Poker (WCP) is mainly targeting poker fans in the USA and Canada. It was created by Craig Tapscott (columnist for Card Player Magazine and FOX Sports) and Chadwick Pelletier (poker creative director and brand manager) in 2020 by the Hollywood media company Magical Gnome Media LLC to popularize poker among students.

Now this young organisation is going to host their first major event, the World College Fall Brawl for US students. This event is running right now and is hosted on PokerBros from 5th to 12th December.

The World College Fall Brawl is split into three parts:

The participation is free and open to all US citizens over 18 years of age who have a valid student ID and have passed registration on the WCP website.

There are prizes for all finalists, such as gadgets and merchandise, but the top three will receive personal coaching sessions in Mexico by some big name poker players!

An interesting new concept with focus on making it BIG. The first edition of this could have been a small trial, but instead the World College Poker Student Cup is making a statement. Good luck with this and any following events!

Run It Once returns to Germany 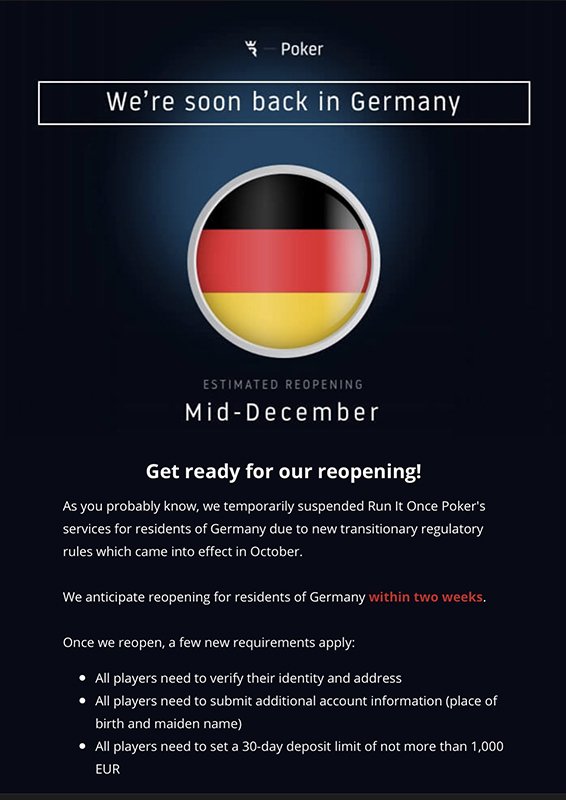 Run It Once Poker had to leave Germany for a short while when the transition period for the new gambling legislation in the country was announced on 15th October.

Operators need to make sure they comply with all new rules in order to be able to receive a licence for the official date of 1st July 2021. The bigger operators were able to apply many of the changes on the fly, but Run It Once decided to stop operating for two months in order to get their ducks in a row and be ready for the legislated and crucial German poker market.

When Run It Once comes back to Germany, all players need to re-verify their identity to comply with the changing laws. Also, players will have a €1,000 deposit limit per month as one of the other rules that the German government has thought up.

The announcement reads that the plan is to re-enter mid-December and RIO gives an incentive to start the verification early. Everybody who verifies their accounts before the re-launch will receive a Sit & Go bundle as a reward.

As the Sit & Gos on Run It Once are the latest big feature on Phil Galfond’s brainchild of a poker site, this is a great present and for all German players, it should be enough of a reason to get their accounts verified.

100% First Deposit Bonus on Run It Once