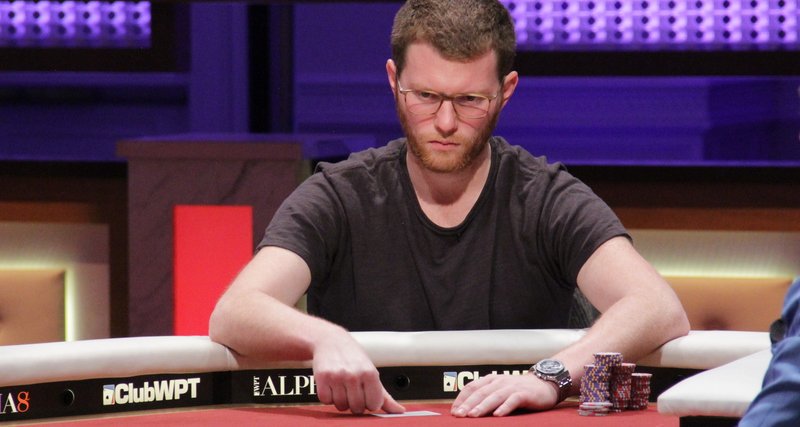 Nick Petrangelo is an American professional poker player. He was born on January 2nd, 1987 in Feeding Hills, Massachusetts.

Petrangelo talked to a Slovakian website allin1.sk about the earliest stages of his poker career in 2015.

Growing up in Massachusetts, he was an avid amateur golf and hockey player. He graduated from Skidmore College in New York with a degree in Economics and Finance.

As for poker, here’s what he had to say:

“I played for fun with friends in high school and developed a strong interest in the game that led me to learn as much as I could on my own. I also read as many books as I could find, but I was still clueless. I thought I was good, but I had no idea how little I knew. I was scraping together whatever money I could, while I was in school to put it on PokerStars or go to the casino, starting at the lowest stakes cash games and moving up to $5/$10 and of course eventually losing it all each time.

Then I met professional poker player Jonathan Jaffe. I have learned that I needed to change my approach if I wanted to be a serious player. Jonathan was from the same small region of Massachusetts as I was. He mentored me. He let me watch him play for years, answered all of my questions, coached me. He also backed me for low stakes tournaments. When I turned 21, I finished 3rd place in the $3 rebuy on PokerStars for $1700. I quit my job at the golf course and never worked again!”

The American poker pro from Massachusetts has a title from another prominent tourney series as well. In January 2017, he took down the A$100,000 No Limit Hold’em Challenge event at the Aussie Millions for A$882,000 (which equaled around $666K at the time) at the Crown Casino in Melbourne, Australia.

In 2015, he took down the $3,000 No Limit Hold’em Shootout event for $201,812. “Shootout” is a rare tournament type in which every table plays out like a “mini-tournament”. The winner of each table gets to advance to the next round, where new tables are drawn from the previous round’s winners.

In 2018, he won the $100,000 No Limit Hold’em High Roller event for $2.910 million. That is Petrangelo’s biggest live tournament score to date. He beat fellow American poker pro Elio Fox heads-up for the title at the end.

Overall, Petrangelo has cashed in 25 World Series events for a total of $5.735 million combined.

In December 2020, Petrangelo appeared on the first season of PokerGO’s revived version High Stakes Poker (which is the 8th season including the ones on The Game Show Network).

There, he played a session of $400/$800 NLHE cash game against, among otters, Bryn Kenney, Tom Dwan, and Rick Solomon.

Petrangelo plays under the screen name “caecilius” on PokerStars. This odd choice for a screen name refers to a banker from the Ancient Roman Empire in the 1st Century A.D.

While Petrangelo’s online MTT scoresheet is no longer publicly available on the online poker tournament database PocketFives, plenty of his big online wins have been recorded in poker news sites’ reportings.