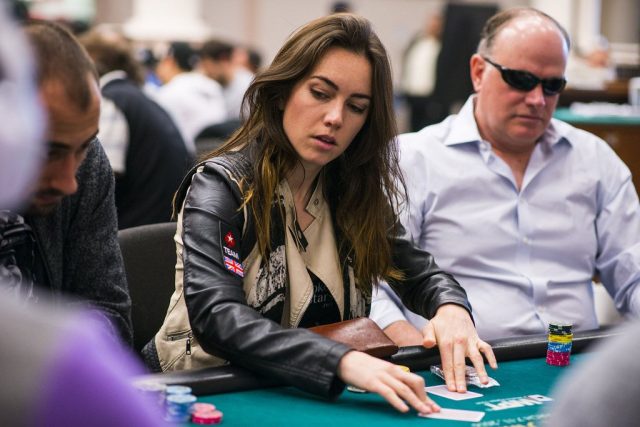 Olivia Boeree, better known as Liv Boeree, is a British professional poker player. She was born on July 18th, 1984 in Kent, United Kingdom. She comes from a scientific background, and science is a subject that she still talks about habitually. Boeree got her start in poker on a Channel 5 reality show called Ultimatepoker.com Showdown where complete amateurs were coached by seasoned poker pros. Boeree became a very successful live tournament player, and has been one of the best female players in the world. However, she’s retired from poker now. She’s also a prolific public speaker, giving speeches on such big platforms as the Oxford Union debate society and TED Talks.

Boeree graduated from the University of Manchester in 2005, at the age of 21, with a degree in Physics and Astrophysics. The same year she was picked to be one of the five contestants on the Channel 5 show Ultimatepoker.com Showdown. The show was about five amateur poker players being coached by some of the worlds’ greatest in poker, namely Phil Hellmuth, Dave “Devilfish” Ulliott and Annie Duke. Boeree claimed she “fell in love with the game instantly” while filming the reality program and decided to travel to Las Vegas to play in the WSOP the next year.

Although poker became her primary focus, she never fully abandoned science either – she put out educational content about the natural world multiple times even after finding success at the card table. In fact, PokerStars – the online poker room she used to have a sponsorship deal with – described her as a “Poker Champion and Science Communicator” on their website.

Liv Boeree has amassed $3.853 million in live tournament earnings during her career. They came from 98 individual cashes over the course of 12 years. She has the most total winnings among British female players and is placed in the top 20 among English players in general.

Her first ITM finish listed on her Hendon page is from February 2007 when she finished 8th in a freeroll tournament which got her $400. Her first major tournament score is from 2008 – she won the $2,000 buy-in Ladbrokes European Ladies Championships for $42,000.

Her biggest payday as of today is €1,250,000 for winning the €5,300 Main Event at the San Remo stop of the European Poker Tour in April 2010. She was able to best a field of 1,240 players, eventually defeating the Swedish pro Jakob Carlsson heads-up for the title.

Boeree has one bracelet from the $10,000 tag team event at the 2017 World Series. Her teammate was her boyfriend, the Russian poker pro Igor Kurganov. In tag team events a player’s stack can be taken over by their teammates at any time at their discretion. That year she was the only female player to win a bracelet outside the “Ladies Event”.

She cashed in Main Event in the same year, coming in 314th and thus pocketing $35,267. Overall she has 24 cashes at WSOP events for $395,878 in total. Her biggest single WSOP cash is for the aforementioned tag team victory which earned her $136,982 – that sum is after splitting the full prize money with her teammate and partner, Kurganov.

Liv Boeree appeared in season 5 of Poker Night in America, an American poker show airing on CBS Sports. She was featured at a $25/$50 NLHE cash game table. During the game, she got into a huge pot with Phil Hellmuth where she cracked his pocket Aces with a turned set of 5’s. After the showdown, her former mentor gave Boeree one of his infamous “Poker Brat rants”.

Boeree also played in the 2017 PokerStars Championship Cash Game Challenge. In the Monte Carlo event, the blinds were €25/€50 with a €10 ante. At the table was Daniel Negreanu, fellow British poker pro Charlie Carrel as well as Hollywood movie star, comedian and PokerStars “hypeman” Kevin Hart. She ended that session almost €10,000 down.

She also cashed in two events on Natural8-GGNetwork at the all-online WSOP in the summer of 2020, during the Coronavirus pandemic. In August 2020, she came in 10th in the $3,500 WPT World Championship Mix-Max online event on partypoker for $37,500.

On June 11th, 2016 Liv Boeree was a guest speaker at the Oxford Union Debate Society. She gave a speech entitled “The Science Behind Poker” which was about the scientific method behind poker strategies.

In 2018, she gave two TED Talks about thinking in terms of probabilities.

As for being a “science communicator”, she used to have an educational series on her YouTube channel called “Amazing Science Adventures”. She only produced three episodes of the show which explored different questions relating to physics. The series never really took off – although the first episode does have over 220K views, that is most likely only due to the fact that Boeree was presenting it in a bikini. That episode also featured an appearance by 2003 WSOP Main Event Champion Chris Moneymaker.

On top of all that, Boeree also appeared in multiple videos on the popular educational YouTube channel Big Think. She talked on subjects such as how the game of poker can give you lessons you can apply in your everyday life, how to read live tells at the table, and more.

She’s also made numerous TV appearances, and not just on poker shows. She was the host of a program called “The Mind Control Freaks” on the Discovery Channel. In 2017, she hosted Red Bull TV’s “MindGamers”. She was once a contestant on the obscure British game show Golden Balls and won £6,500.

Boeree got signed by Team PokerStars – a collective of professional poker players who are hired to promote the poker room – in September 2010. After many big-name pros leaving the site, Boeree eventually followed suit and left Stars in November 2019.

There isn’t really anything scandalous that has happened to Boeree so far.