Legends of Poker
2 months ago by Marton 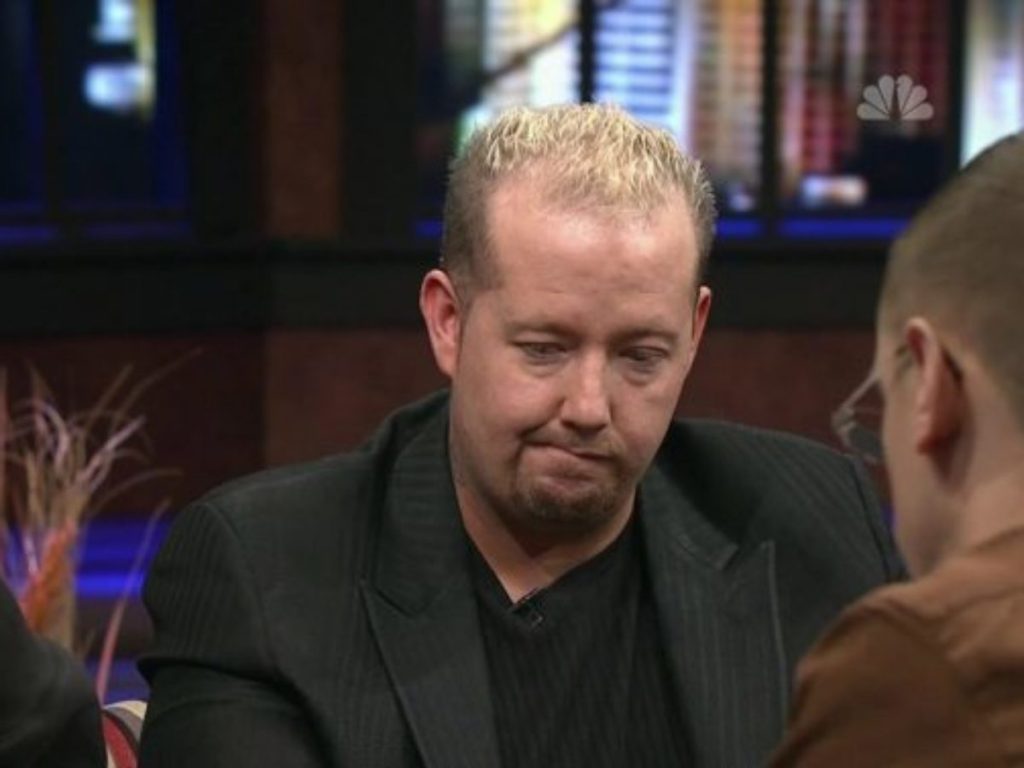 David Peat, also known as “Viffer”, is an American professional poker player. His exact age is unknown, but he’s estimated to be in his early to mid 50’s. He is from Cleveland, Ohio.

He’s best known for appearing on the classic NBC show Poker After Dark, The Game Show Network’s High Stakes Poker, and on PokerStars’ Big Game. There, he stood out with his creative and overly aggressive plays.

Peat has always focused on cash games away from the cameras as well, playing at the high stakes cash tables in Las Vegas. As a result, he only has three recorded live tournament cashes, but those are for a total of $277,047 combined.

He also keeps his wild persona when he’s not playing poker. He’s famous for other poker players having crazy party stories with him, known as “Viffer stories”. However, he is now retired from professional poker, although he recently did appear on a live streamed cash game from Hustler Casino.

Very little is known about Peat’s life before poker, or about how he found the game. According to the man himself, he never finished high school and had a rough childhood.

Another thing we know for sure: on his way to becoming a professional poker player, he went through some major – million-dollar – swings. He had this to say about that experience on Joe Ingram’s popular podcast Poker Life, back in August 2016.

“I have been a millionaire and broke a few times in a week.

You wake up one day, you go to your box, and you see like a million dollars. And you go over there, you look around, and you say ‘Oh my God, there’s like Sammy Farha playing’. So you’ve got a million dollars in the pot, you grab $500K, you sit down at the poker table, you start playing with it. And all of the sudden, you take a bad beat or two, and that $500K is gone. So now you grab the other $500K, and you probably try to borrow a hundred thousand on top of it, so you can sit with $600K – ‘cause if you double up, you wanna be more than even, you know?”

As you can tell, Peat has always been rather nonchalant about bankroll management, from the very start of his poker career.

When he was asked in a Q&A thread on the 2+2 Forum about where he got his famous nickname “Viffer”, he replied: “when i was 16 i was banging some drunk girl with a pool stick and someone walked in we were all drunk and the girl ran out saying he viffed me trying to say he sticked me”.

Peat has always focused on cash games over tournaments. Therefore, he only has 3 recorded cashes on his Hendon page. They are from a short, 2-year period between 2005 and 2007. His live tournament earnings add up to $277,047.

The first recorded cash on his profile is from the 2005 WSOP. Two years later, in April 2007, he came in 2nd in the $5.120 No Limit Hold’em event at the Annual Five Star World Poker Classic at the Bellagio in Las Vegas. He won $202,455, which is his biggest single live tournament score to date. He lost the heads-up battle for the title to Mike Hauptman from Nevada. What’s more, according to the same podcast interview linked below, he also had 50% of third place finisher Brian Rast’s action. So, it was a very profitable tournament for old Viffer.

David “Veffer” Peat is yet to win his first WSOP gold bracelet.

This has been Peat’s bread and butter when it comes to poker.

He was a regular in the highest stakes cash games in Las Vegas, including the famous Big Game in the Bellagio’s “Bobby’s Room” (now officially named “Legends Room”). In addition, he appeared on a number of classic poker shows where he played live cash in front of the cameras. One of these shows was Poker After Dark, which aired on NBC between 2007 and 2011.

In one episode, Peat got into a huge pot against online poker legends Tom “durrrr” Dwan in a $400/$800 No Limit Hold’em cash session. Interestingly, both of these were holding only 9-high – however, Dwan did flop an open-ended straight draw, while “Viffer” flopped a flush draw. This prompted them to try to “outbluff” each other. Doug Polk made a video analyzing the interesting hand.

Peat was also featured on High Stakes Poker on The Game Show Network and PokerStars’ Big Game on FOX. On these shows, he always stood out with his gutsy, creative, and overly aggressive plays. So much so that in September 2021, the PokerStars YouTube channel decided to put together a compilation of his craziest cash game hands, with the title “The SICKEST Poker Player of all time”. It has over 1.3 million views by now.

On his “highlight reel”, he makes insane moves against such poker greats as Daniel Negreanu, Tony G, and Antonio Esfandiari.

In December 2021, he briefly came out of retirement to play a session of $50/$100 No Limit Hold’em on Hustler Casino’s live streamed cash games.

Heard @DougPolkVids was running out of hands to point out how bad I play, be ready for new instructional videos of what not to do. https://t.co/zSjxE1jXKP

Peat has many “scandalous” stories circulating about him in the poker community. These are commonly referred to as “Viffer stories”.

Being Part of “Molly’s Game”

Peat was part of the high stakes underground cash game put on by socialite Molly Bloom in New York City. Her story was put on the silver screen in 2017, in a movie directed by Academy award winning screenwriter Aaron Sorkin. Molly’s private game was known for having A-lister Hollywood celebrities playing in it regularly. Actors Leonardo DiCaprio, Ben Affleck and Toby Maguire have all sat at the poker table with Viffer.

Accusing Alec Torelli of Stealing $150K from a Backer

Alec Torelli’s reputation in the poker community wasn’t the cleanest even before his infamous Poker Night in America angle shoot incident. And that is largely thanks to David Peat’s “detective work”.

In September 2011, Torelli took to the famous 2+2 Forums to accuse another poker player, Mark “PerkyShmerky” Lerner, of owing him $85,000. However, Viffer jumped in the thread to point out that back in 2007, Torelli and Lerner colluded to con one of Lerner’s backers out of $150,000. According to the accusations, Torelli used a tell so “Perky” could chip dump to him. That way, they can keep the whole bankroll that the unnamed backer invested into Lerner, instead of just him sharing the profit from it. After a bit of denial, Torelli ultimately admitted to the chip dumping, but insisted he had no idea it is to steal from Lerner’s backer.