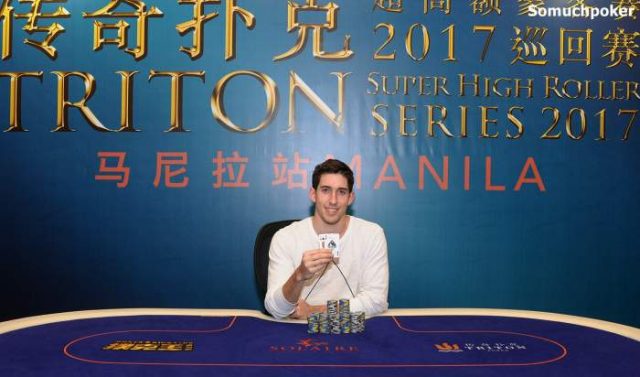 Born July 11, 1990 in Holden, Massachusetts, Daniel Alan Colman is a professional American poker player who has risen to fame rapidly.

According to Colman, he began playing poker because he liked to gamble. He took money left over from his losses on sports betting sites and used it to start playing poker. Because he enjoyed the format and the sense of finality that comes with heads-up tournaments, he spent most of his time playing those games.

Although he was immediately successful, his gambling nature put him at an unfortunate disadvantage: he had zero bankroll management skills. He just upped the stakes every chance he got. In one session, particularly, he started playing at low buy-in matches of $5K, ended the day at $50K, and lost it all by the next afternoon. By his own admission, Colman has gone broke more times than he can recall. He says he learned his lesson and changed his approach after a multi-year ban from PokerStars for multi-accounting in 2013. By the time they allowed him back on the site, he’d decided to stick with $1K’s and eventually also found success at $2k’s and $5K’s.

Then, he went on to beat Danial Negreanu heads-up for first place in The Big One for One Drop, winning his one and only WSOP bracelet. His cash – $15,306,668 – is the third largest single payout in poker tournament history. Moreover, his reaction to this win became famous and is featured in multiple videos. He didn’t smile or talk to the media because he sees poker as “a very dark game‘”.

This was a great year for Colman, when he made what is considered to be one of the biggest rushes in the history of poker, accumulating cashes for a total of $22,389,481:

Online, Colman is primarily known as “mrGR33N13” and “riyyc225“, the two usernames he plays under. As an online player, Colman has a reputation as an impressive “trash talker” via chat boxes, which he says he does because he tilts very easily and venting in the chat keeps the tilt from affecting his game.

It must be working since he became the first player to ever win $1,000,000 in hyper-turbo tournaments within one calendar year (actually, he did it in a mere 9 months). 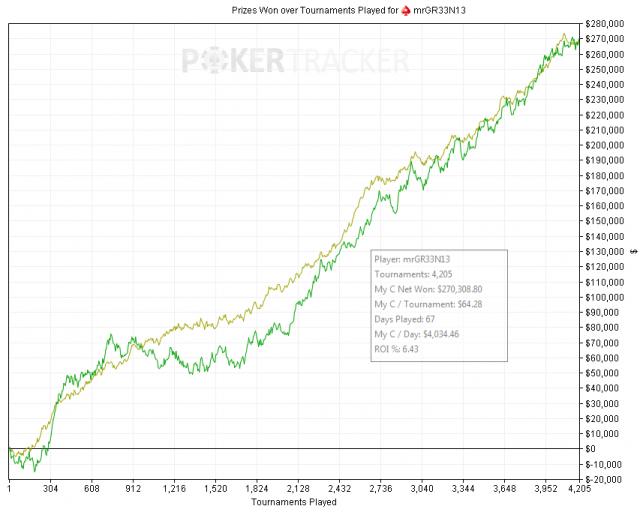 Although he’s a very successful online player, Colman told Paul Phua in a 2017 interview that, “I think online poker will die down as a result of computers and machines playing. I think this will come in the next one, two, three years.”

Colman has had a couple of sponsorships in recent years. In 2015, he signed a sponsorship deal with Sling TV, an online television provider.

Thanks to @Sling for sponsoring me this summer. Not only a product I believe in but also pretty funny commercials https://t.co/UL5k1OXHzh

In 2017, he was sponsored by Virtue Poker, a ethereum-based online poker site, as shown in the following tweet:

Excited to be partnering w VirtuePoker as they'll be leveraging blockchain technology to solve many of the problems inherent in online poker https://t.co/A4o7xyN13i

“I multiaccounted tournaments online when I was 17-18 with a “me against the world” mentality. I have made plenty of mistakes, but I know I am far from that person I once was.“

Daniel Colman called Hellmuth “pathetic” and “spineless” before referring to him as “a cancer to this world”. According to Colman, Hellmuth’s sponsorship deal with a site that wound up engulfed in controversy after taking advantage of so many poker players was evidence of Hellmuth’s lack of integrity. Colman went on to condemn the fifteen-time bracelet winner as an attention hog.

His Views on Poker:

Following his $15 million winning, he posted the following on the 2+2 forum:

“To have a job where you are at the mercy of variance can be insanely stressful and can lead to a lot of unhealthy habits. I would never in a million years recommend for someone to try and make it as a poker pro…. Poker is a game that has such a net negative effect on the people playing it. Both financially and emotionally…. I realize I am conflicted. I capitalize off this game that targets people’s weaknesses. I do enjoy it, I love the strategy part of it, but I do see it as a very dark game.“

Although Colman is super rich, he’s never bragged about women nor been featured with any in magazines or interviews. However, from his Instagram feed, it does appear that he has a Brazilian girlfriend, although nothing about her, not even her name, is known.

Colman is quite a private man. He rarely gives interviews, and he is not on Facebook at all. He lives in Rio de Janeiro, Brazil.

He did once do a 2-hour long interview with Joe Ingram. It is posted on YouTube. We learn some about him from this interview. For example, he is close friends with Olivier Busquet, the MMA fighter, and fellow poker player Viktor Blom, otherwise known as Isildur1. According to the interview, he also enjoys the Burning Man festival and generally just likes to chill in South America.

The only social media platforms that Colman uses are Instagram and Twitter. Most of his Instagram posts include pictures of his sister, other relatives, and dog, implying that he enjoys the quiet life with his family. He also seems to be into working out, surfing, and snowboarding.

On Twitter, he’s a bit more political. His tweets sometimes take a stand against animal abuse and American torture methods, as well as Israeli interventions in the Middle East. His philanthropic interests include the One Drop Foundation, which works to bring safe water to people in over 11 countries. Operating since 2007, One Drop has raised millions of dollars toward this cause.

Ofcourse we should trust the objectivity of the most moral army in the world investigating itself! http://t.co/LreHVEfHsp via @democracynow