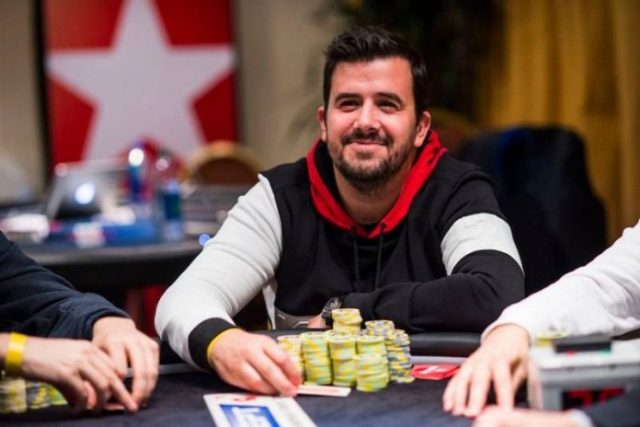 Andras Nemeth, better known as his online moniker “probirs”, is a Hungarian professional poker player. His exact age is unknown, but he’s estimated to be in his late 30’s.

Nemeth is one of the biggest online tournament winners of all time. While his results are no longer public on the online poker tournament database PocketFives, that wasn’t always the case. The last time the public got to take a glance at his ever impressive scoresheet, in October 2019, his career MTT winnings stood at $17.7 million – which was the largest ever at the time.

However, for unclear reasons, he decided to hide his online tournament results.

But that doesn’t mean he stopped winning. He has 2 WCOOP and 3 SCOOP titles. In December 2020, he won two High Roller Millions$ events on the same day on Natural8-GGNetwork, for $282K and $24K, respectively.

Just like with his massive online tournament winnings, Nemeth is very secretive about his past and personal life as well.

There’s only one brief interview with him that is still available online, which is in his native language of Hungarian. He was asked about his table in a tournament at the Unibet Open Prague in 2009. He did give a longer interview to a small Hungarian radio station in 2009 – however, that recording is gone, only mentions of it remain on the internet.

So we don’t know anything about Nemeth’s life before poker, nor do we know how he found the game.

All we know is that he started playing higher stakes tournaments online around 2009-2010, when the local Hungarian online poker media started taking notice of him and started reporting on his results. He originally played on Absolute Poker, UltimateBet, and Full Tilt – all of those sites are now gone. He used his classic screen name “probirs” from the very beginning.

By early 2012, he was one of the top ranked MTT players on the online poker tournament database PocketFives.

Nemeth has $3.495 million in live tournament winnings, according to his Hendon page. That sum is the product of ITM finishes in 59 different tournaments over the course of 11 years.

Nemeth was really off to a flying start on the live felt. The first time he made a tournament score for over $100K was in the very next month, November 2009. He finished 4th in the €6,200 NLHE – Lido International Dutch Open event at the Master Classics of Poker (MCOP) in Amsterdam, Netherlands. Nemeth pocketed no less than €135,432 (which equaled around $201K at the time).

2018 was a truly massive year for Nemeth.

In August 2018, he won the €25,000 NLHE event at EPT Barcelona for €605,600, which is his biggest single live tournament score to date. He beat Wai Chan from Malaysia heads-up for the title.

Andras Nemeth is yet to win his first WSOP gold bracelet.

However, in online events, he has 8 additional ITM finishes – evidently, online MTT’s are his “home turf”, after all.

As we wrote in our intro, Andras “probirs” Nemeth’s online MTT results are no longer visible to the public on PocketFives. However, we do know that his lifetime online tournament winnings are well over $17 million.

Then, he still had his P5 scoresheet public, so pokernews.com could report that he reached $17.7 million in career earnings. With that sum, he was on top of the online all time money list, ahead of his fellow Hungarian Peter “Belabacsi” Traply in second place.

However, shortly after, Nemeth decided to hide his MTT results.

We still know some of his biggest scores, as the online poker media reports on them regularly.