The World Poker Tour (WPT) Sanya Main Event field has been whittled down to 74 as Day 2 came to a close with the money bubble being burst, the two American WPT titlists eliminated and lots of incredible poker action going down here at the MGM Grand Hotel in Hainan, China.

The first news maker of the day was the premature exit of Daniel Weinman, the WPT Tournament of Champions king who is making his first swing to Asia.

Weinman re-raised all-in from the SB after his opponent opened from UTG and before his foe called, uttered: “I spite call you coz you’re white,” and showed

“I was in the (hotel) room before the river came,” Weinman joked and now must wait for next week when he plunges back into action in the inaugural WPT Japan.

(whom he covered) and

(who covered him). The case

came out on the river ousting Panzica from contention. 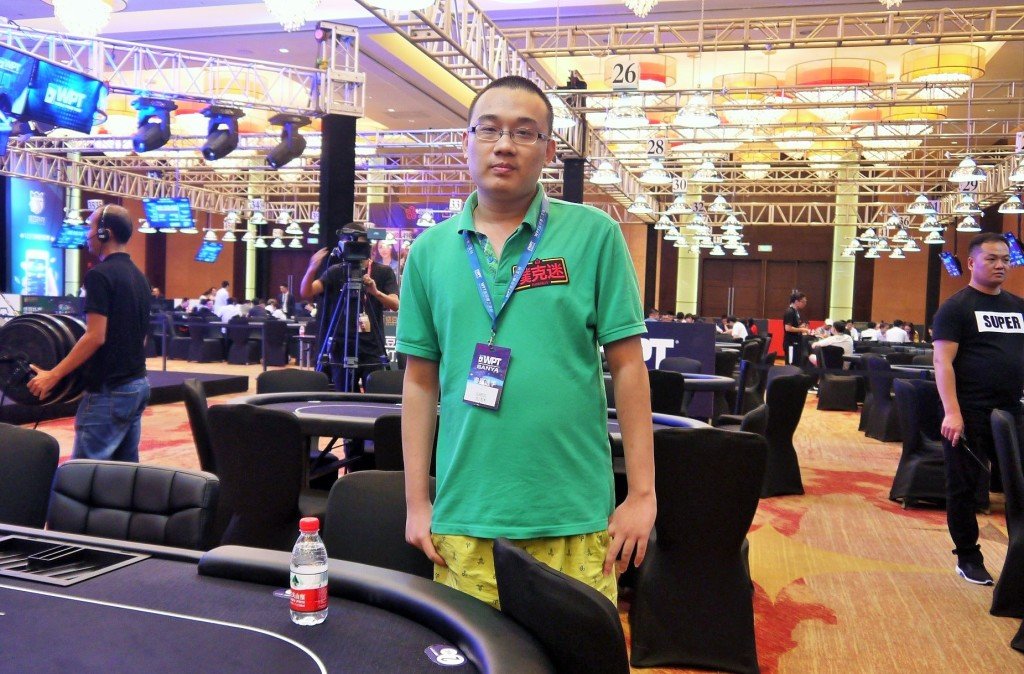 By Level 16, the tournament went hand-for-hand and eventually there were three all-ins with calls that had to be dealt with. After the first two tables resulted in double-ups for the shorter stacks, Table 6 was dealt with Zhao Lien tabling

versus an opponent whom he dominated with

(now with chop possibilities) but much to the disappointment of Zhao, a

came out on the river and the bad beat waylaid Zhao at 112th place as the remaining 111 aspirants celebrated being In The Money (ITM).

Not long after, 2014 WPT Sanya champion Eddy Liang busted out while Japanese accountant/poker enthusiast Gen Nose (whose dream is to help propagate poker in his home nation) followed soon after.

Reigning champion Chen Hao is still in contention and has the stack to make it deep; fortifying his bid to become the event’s first back-to-back winner.

On the international end, Noah Friedenberg of the United States and Russian Vasili Milashevskiy join the final 74 as the competition reconvenes tomorrow (November 19th) at 12:00NN and will be playing until Tournament Director Justin Hammer deems that the action should cease.

The remaining players are now vying for the biggest chunk of the $1,345,455 prize pool with the eventual winner taking home $242,555. Everyone returning is now guaranteed $3,600.