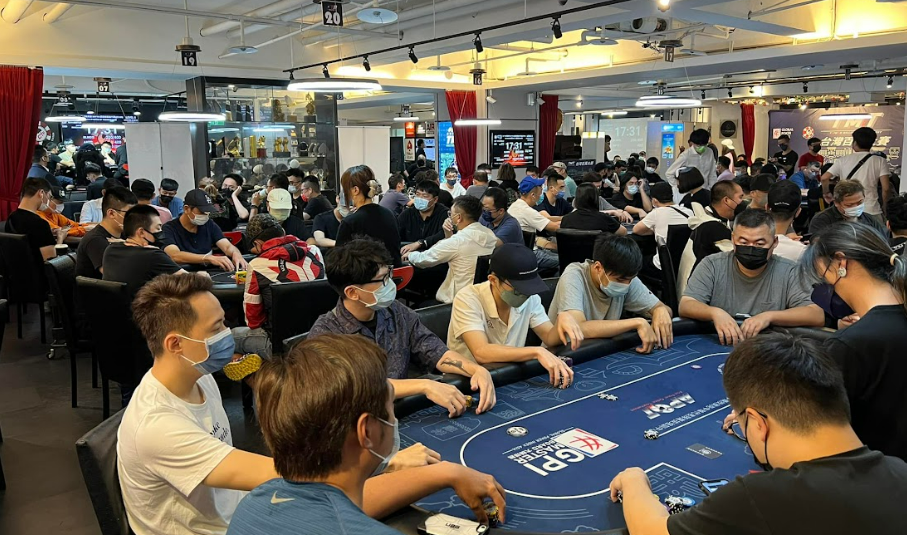 Record-breaking numbers at the 12th edition of the Taiwan Millions Tournament which ran from July 8 to 25 at the Chinese Texas Hold’em Poker Association (CTP Club). For years, this biannual homegrown festival has been one of the most sought after events in Taipei City, Taiwan, and for this season, the results were through the roof. Over the 18 days, it amassed a grand prize pool of NT$ 39,563,475 (~US$ 1,320,500), which was nearly four times the advertised NT$ 10M guarantee. In addition, both the Main Event and Mini Main Event set new records. Emerging as the biggest winners were Zhong Hao Lee and Zong Chi He while You Da Tsai topped the Player of the Series. Here are the highlights.

*All photos courtesy of CTP Club 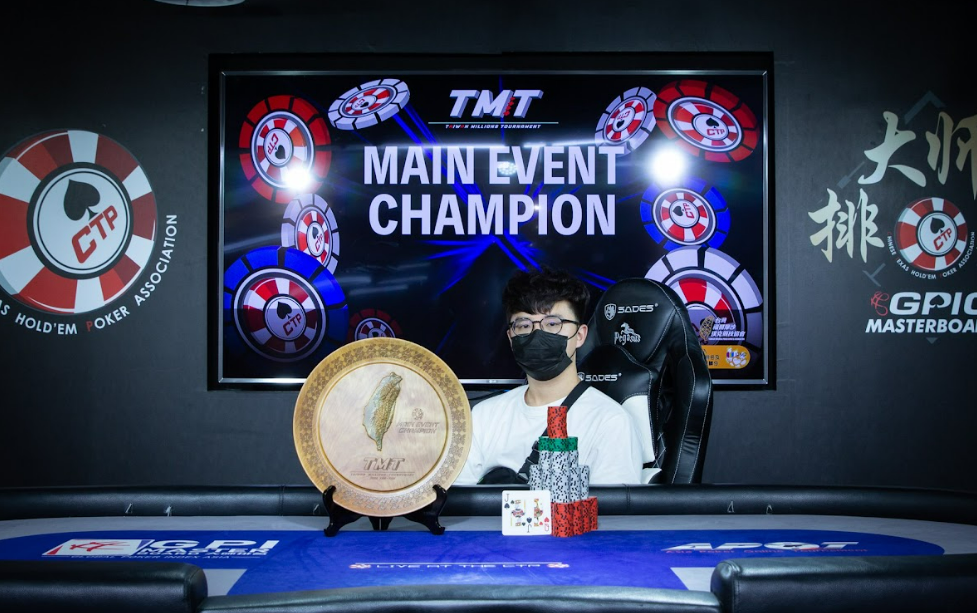 This season of the Main Event was a sight to see as players poured in for a chance at the TMT’s most coveted title. To sweeten the deal, out of the NT$ 5 Million guarantee, a minimum of NT$ 1 Million was guaranteed to the eventual champion. Over the three starting days, it amassed a record turnout of 1,895 entries, easily crushing the previous 1,522 high attendance set at TMT 8. In turn, the prize pool also swelled over 2.5 times for a jaw-dropping NT$ 12,886,000 (~US$ 430,100). After six days of competition, Zhong Hao Lee defeated hot running local pro Zong Chi He to seize the NT$ 2,310,000 (~US$ 77,100) first prize. This was Lee’s largest known score and first career takedown. As for Zong, it was another incredible performance having won one of the High Roller events and the festival’s Mini Main Event days prior.

Briefly recapping Lee’s race to the crown, he entered Day 2 just below average and was wedged in the middle of the 224 qualifiers. By the time the final table was formed, he had navigated to 3rd in chips until he eliminated Wei Chia Huang (5th). During the hand, Lee had

when a king landed, to climb to second rank. After the fall of Sian Zong Huang in 4th place, the final three players – Zong Chi He, Kuan Hsueh Lu, and Lee took turns up top until Lee eliminated Lu in 3rd place. Lee entered heads up with a massive 100 BB stack against Zong’s 35 BB stack. It only took fifteen minutes to close it out with

higher straight on a board that completed 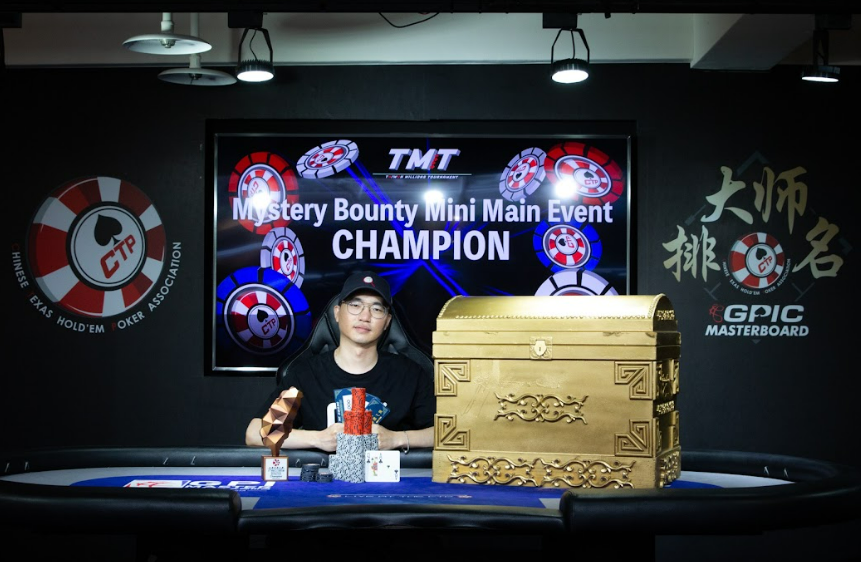 This season’s Mini Main Event was changed to a Mystery Bounty format. It drew a record turnout of 1,728 entries and with buy in at NT$ 4K each, it blew away the NT$ 2M guarantee for a crushing prize pool of NT$ 5,875,200. At heads up, eventual champion Zong carried in a massive 82 BB stack against Ping Chieh Wu’s 20 BB. Wu was able to cut the gap on a lucky runner runner trips but still could not overtake Zong who closed it out with Ace-Queen over King-Queen. 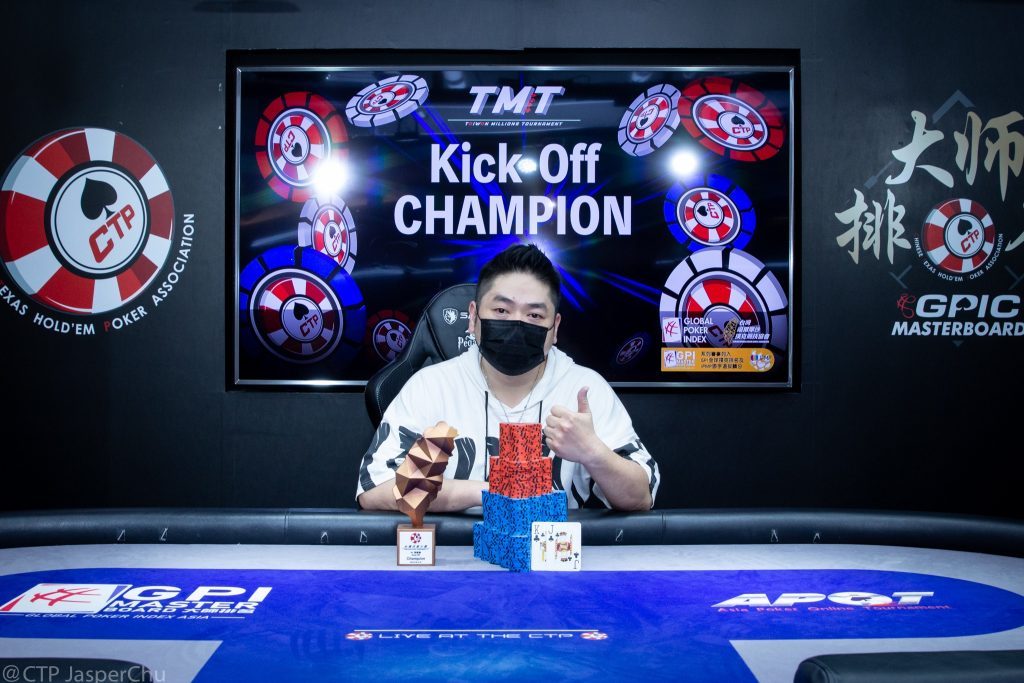 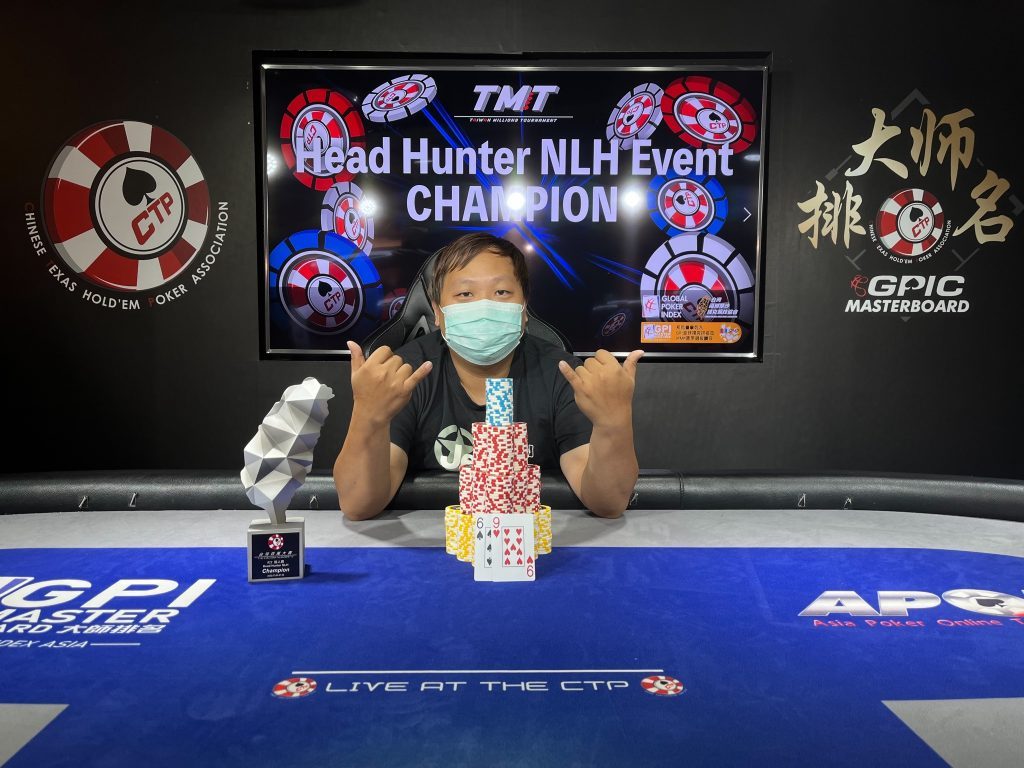 Player You Da Tsai dethroned three-time winner Wu Chia Yun by winning Player of the Series. Among his many cashes were three victories. His first win was at the Daily Deepstack, topping a field of 90 entries. The following day he shipped Event 16: No Limit Hold’em Turbo, defeating the 64 entry field. Five days later, he claimed Event 22: Head Hunter NLH where he bested an larger field of 101 entries. For his achievement, Tsai was awarded a TMT 13 Package worth NT$ 20K and the POS trophy. 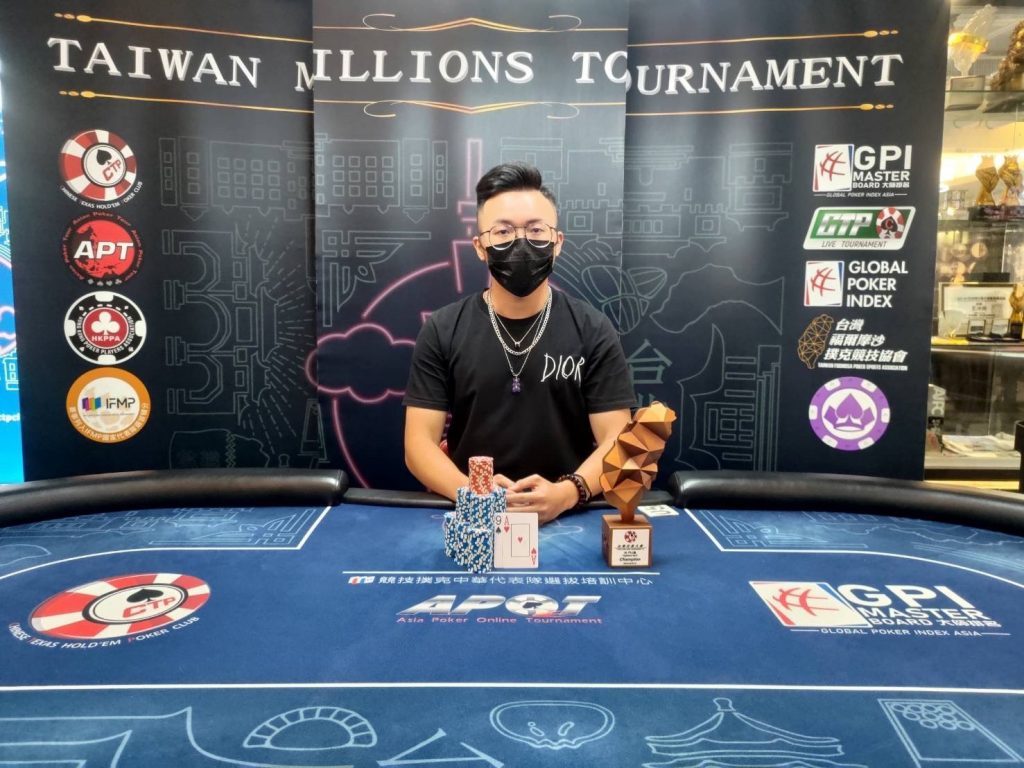 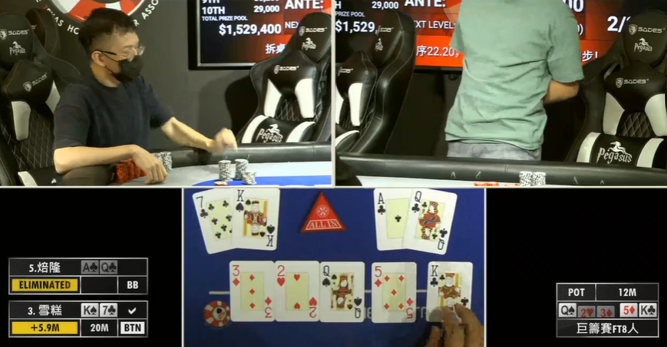 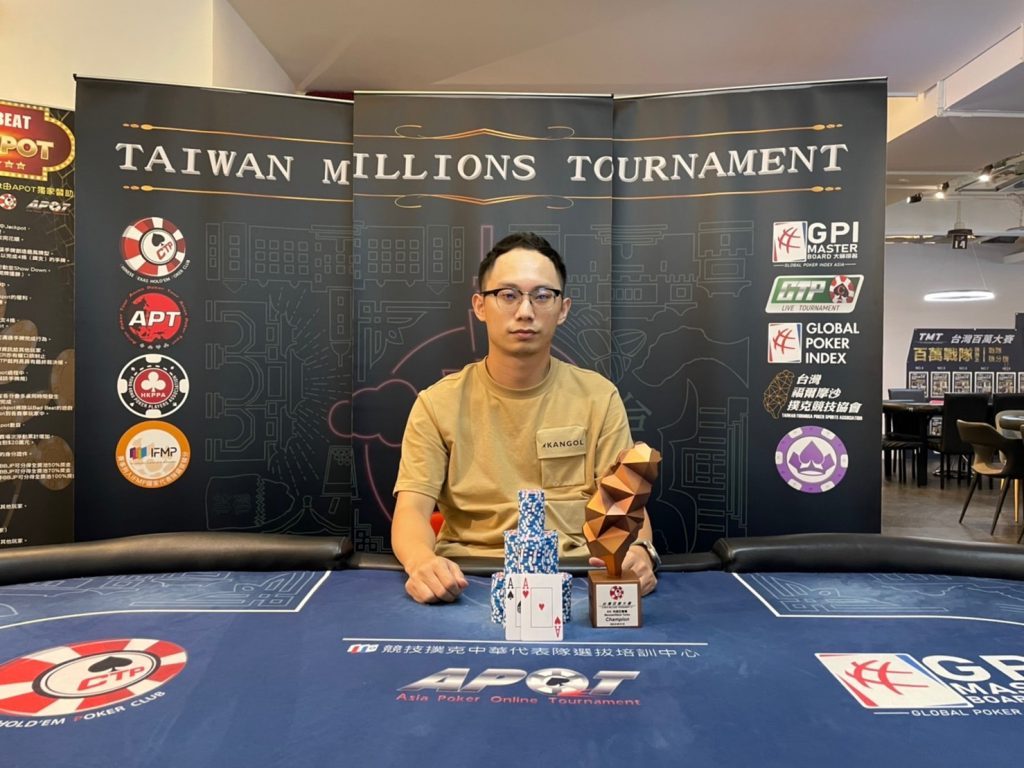