The Irish are stereotypically believed to be heavy drinkers and avid bettors. Both presumptions can be backed by facts – unfortunately, sometimes to the Irish people’s detriment.

In 2019, TheJournal.ie ran an exposé on the slot machine industry in the country. They found that there are around 40,000 machines operating across the country, while being virtually completely unchecked. They estimate that the number of serious gambling addicts is also around 40,000.

Sports betting is very popular in Ireland. In 2019 alone, €4.3 billion was wagered on sporting events by the Irish. There are hundreds of online sportsbook available for the residents to choose from on top of the around 1,100 land-based bookmaker shops. 12% of Irish bet with a bookie on a weekly basis, according to a 2017 survey.

As for poker, a total of 15 poker rooms are running in Ireland. Ireland is one of the 12 nations outside the United States to have a WSOP Main Event champion. One of the oldest poker tournament series is the Irish Poker Open, starting in 1981.

Andy Black has won more money on live poker tournaments than any other Irish player. He has $4.828 million in live tournament earnings, according to the Hendon database. He too made it to the WSOP Main Event final table, in 2005. He came in 5th for $1.750 million – that is his biggest tournament score to date.

The Irish have another WSOP ME finalist – former Olympic swimmer Donnacha O’Dea. He came in 6th in the Main Event at 1983 World Series. He also cashed in the 2016 Main Event.

Phil Laak, best known for playing on such popular TV shows as Poker After Dark and High Stakes Poker, was born in Dublin, Ireland – however, he was raised in the United States.

The first piece of gambling legislation in Ireland was passed all the way back in 1854. Despite its long history, the legal landscape is still chaotic.

Irish law outright prohibits land based casinos to operate in the country. However, business owners are allowed to run so-called “members only gambling clubs”. The only thing differentiating these from “actual” casinos is their size.

The suboptimal legal framework allows certain games of chance to be completely unregulated – we mentioned the case of slot machines in our intro. Poker is also one of the games lacking a proper licencing or regulatory body.

One of the longest running tournament series in the world is the Irish Poker Open. It was started by Irish bookmaker Terry Rogers in the mid-1970’s and officially took on the name Irish Poker Open in 1981. Originally, it was a single tournament – however, more events were added to the schedule over the years.

In the past few years, the venue for this prestigious poker event was the City West Hotel in the capital city, Dublin. It is typical of the current state of gambling in Ireland that they do not have year-round poker action, they only put on occasional tournament series. They’ve also hosted the Irish Poker Series, as well as the Winamax Poker Open in 2018 and even The Norwegian Poker Championships in 2018 and 2019.

For a long time, the Fitzwilliam Card Club was the main poker room in Ireland. Unfortunately, it had to close due to management issues in December 2019.

The D1 Club and the Sporting Emporium are also prominent poker rooms located in Dublin. Outside Dublin, however, it’s hard to find a place to play. One example is the poker room at the Emerald Casino in the city of Dundalk.

– Casinos and Poker Rooms in Ireland – 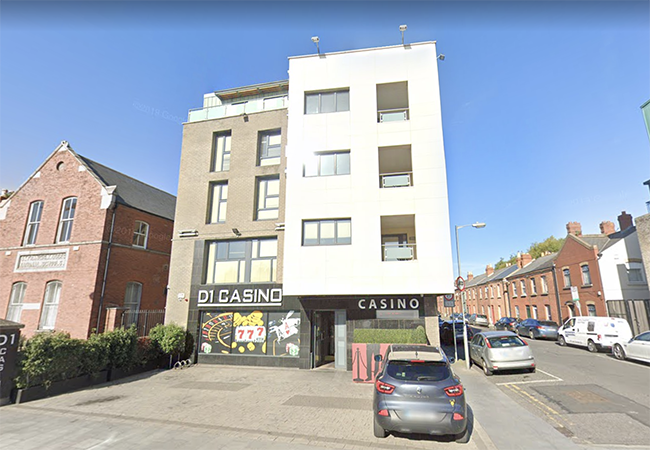 The D1 Casino is a private members club, situated between the city center and airport. The venue offers variety of table games, slots and, of course, the poker club. The Sporting Emporium is the most central poker venue in the Irish capital. It is right in the famous shopping district around Grafton Street and surrounded by restaurants and nightlife.

As of now, the Irish online poker market is completely unregulated. Their parliament have been working on a new gambling bill covering online poker since 2013 but were still unable to pass it. The closest they came to it was passing the Betting Act of 2015 which defines “remote bookmakers” who need to apply for licences from the Revenue Commissioners.

That means companies don’t have to apply for local licences to offer online poker for Irish residents, nor do they have to pay additional taxes to the Irish government. Thus all the major online poker sites, such as partypoker, Natural8-GGNetwork, PokerStars, 888Poker, and more are available for players from Ireland.

In this article, we offer a list of the advantages and disadvantages of each online Poker Room currently accessible to Irish players in 2021.