In truth, you could outline dozens of ways in which PokerStars and partypoker have chosen divergent paths in terms of what they offer players. The successes or failings of many of these strategic differences can never be measured. But one thing that can be measured and discussed is the changes we have seen in Sunday Major offerings from online poker’s two biggest operators. 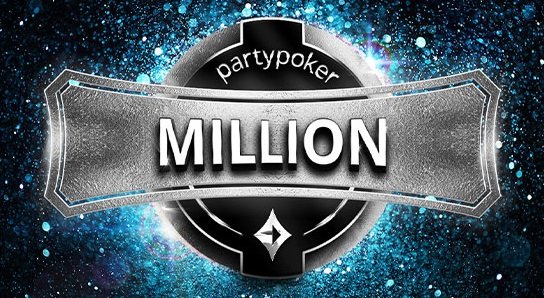 On October 13th, Rob Yong announced on Twitter that partypoker would be changing its flagship tournament on Sundays. In direct contrast to PokerStars’ strategy, partypoker has upped its buy in to $215, while maintaining lower buy in versions for players with smaller bankrolls.

The partypoker MILLION will run weekly, starting from 27th October.

The response to Yong’s announcement has been strong in terms of verbal consensus on social media, but whether that will translate into more buy ins on Sunday, is yet to be seen. As Yong commented on Twitter, “Stars got rid of 215/1M for a reason, I guess. Not sure what that reason was”. If the new $215 tournaments are a success, it will mark a significant victory over PokerStars, who ditched the same long-standing tournament format early this year.

PokerStars made a bold move back in January when they announced that their leading Sunday Major buy in was being dropped from $215 to $109. In a decision which changed a tradition dating back several years to the first Sunday Million tournament, the buy in was halved while the guarantee of $1 million stayed the same.

Initially, the move appeared to reap rewards as player participation numbers rose to over 15,000 in the first week. Over the weeks that followed however, numbers started to fall.

The field size of the PokerStars Sunday Million has dropped every week since they lowered the buy-in to $109 from $215 on January 27.

The decline continued from the first $109 tournament in January, until a sudden drop on June 2nd led to a $100,000 overlay. Lately, the guarantee has only been cleared by under $50,000 aside from weeks where a knockout aspect was added to bring something fresh to the tournament. The most recent edition collected a prize pool of just $1,030,000.

The decline of the Sunday Million has been a symptom of a wider problem, of course. Numerous changes which target bigger short-term profits at the expense of long-term player happiness was always a strategy which was going to bite back eventually. If the Sunday Million is any indicator, that may now be happening.