Run It Once Announces SNG Select

Shortly after the cryptic announcement on Twitter about the CUB3, Phil Galfond took the time to write a lengthy update article  on the topic of Sit & Gos in general and the future of it on Run It Once Poker.

Galfond explains that liquidity was the main issue in bringing Sit & Gos and the popular Lottery Sit & Gos (like Spin & Gos, SPINS and Expressos etc.) to his online poker platform. They knew they would have to choose and that they had issues doing so.

Galfond explains in the article, “We knew we couldn’t split liquidity and offer both, but it felt like an impossible decision. As a “for players by players” poker site, we feared community backlash for launching with Lottery-only, but we also feared the idea of missing out on this extremely popular new gametype.”

And now the team has come up with an interesting way to use the same player pool, but offer both game variants – SNG Select.

The players select which variant they want to play. If they choose CUB3D their “spun” prize will be hidden until they actually win the Sit & Go.

Galfond writes, “Unlike others, you won’t be spinning a wheel at the start of the tournament. Instead, your randomized prize will be placed inside your cube and locked away. To unlock it, you’re going to have to beat your opponents!“

Phil also cheekily adds that there might be random “GL1TCH3S” where you can win a prize without having won the tournament.

Enough reasons to check out Run It Once Poker?

Join Run It Once Poker Now for 100% Rakeback 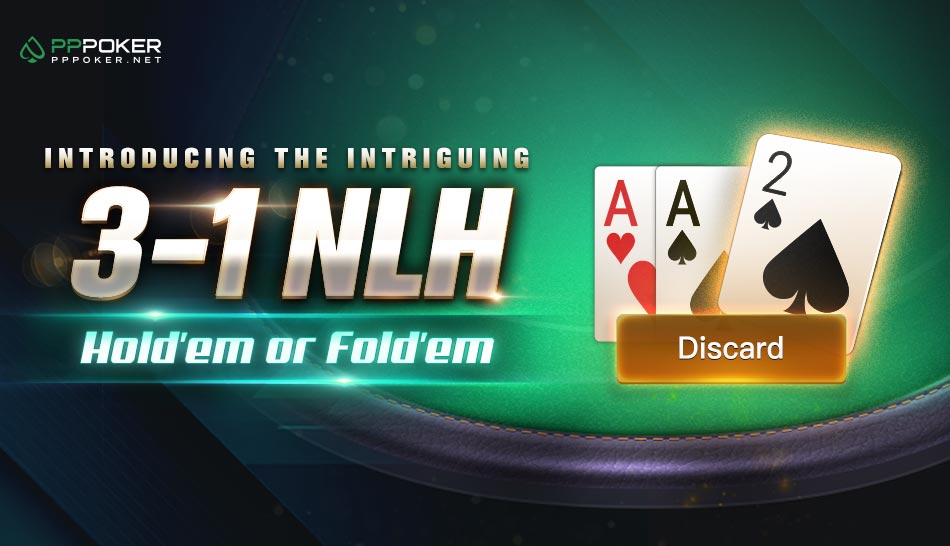 Now PPPoker has introduced a new NHLE variant called “3-1” where you get dealt 3 hole cards and discard one card preflop. This is basically the game called Pineapple Poker – with Crazy Pineapple being the one where you discard a card postflop.

In 3-1 NLHE you have 7 seconds to discard a card and the system even recommends one. PPPoker says this will “not only take your thinking to the next level but completely change your approach to poker strategy”.

Find out for yourself on the PPPoker app.

A lot is changing in the European online gambling industry and it will still take a few months or even years until the dust has settled and we know for sure what the situation is in each country.

Now two big players in the British poker industry have announced their departure from the market. Betsson & Betsafe are no longer offering their services in the United Kingdom.

Betsson Group, the owner of the bookmakers Betsson & Betsafe, came to this decision to remove all but one platform from the UK as the changes in the UK regulatory framework will mean significant costs in technology and marketing for the group.

“The eight UK-facing brands under the returned licenses will be closed with effect from today with no further deposits or bets accepted,” Betsson announced last week. “The customers of these brands will be contacted accordingly, all deposits will be repaid, and all outstanding bets will be paid out as winning bets.”

Players can visit the official website of either bookmaker Betsson or Betsafe for more information.

The topic of VPNs (Virtual Private Networks) is a big one in the poker world at the moment. None other than poker legend Daniel Negreanu had made it clear that he doesn’t care if people use VPNs to join in poker games from jurisdiction where they otherwise wouldn’t be allowed to play.

So far it has been left to the poker sites to police this and do whatever they can to catch players that breach these rules. But if a country forbids online gambling they really should be the ones putting their money where their mouth is and make sure players can’t access the forbidden sites.

Spain seems to be doing this now. So, instead of being told off by the poker site, maybe having funds confiscated or your account closed, now using a VPN could get you in REAL trouble with the law.

At the moment, players inside the country of Spain can only play on a few licensed poker sites: PokerStars, partypoker, 888Poker and Winamax and their market is shared with Portugal.

Once the bill is approved, playing from Spain on sites that are not offering their services in the country using a VPN it will be considered a minor felony and can result in a sanction of up to €100,000.

The poker sites themselves are still encouraged to watch player behavior and even to report unlawful behavior to the authorities.

DNegs will not be happy.

The GGNetwork has been included in the Guinness World Records.

Head of Poker operations at GGPoker, Steve Preiss, said: “This Guinness World Records title was on our radar from the very beginning. Players and fans of poker expect nothing less than record-breaking prizes when it comes to the World Series of Poker, and GGPoker delivered.”

Bulgarian player Stoyan Madanzhiev won the Main Event and earned $3,904,686. It was not mentioned if this win received an official Guinness World Record, however.

How long will it take until these records get broken?