In this column we deliver you the latest and most interesting news and gossip from our favourite poker people.

Daniel ‘KidPoker’ Negreanu is arguably the most famous poker player in the world and he knows how to stay in everybody’s minds. Last week the 45-year-old vegan posted a picture on Instagram, showing him fitter and leaner than ever – on the DAT Poker Podcast he said he’s soon going to reveal the full 6-pack as it’s only a 4-pack at the moment. 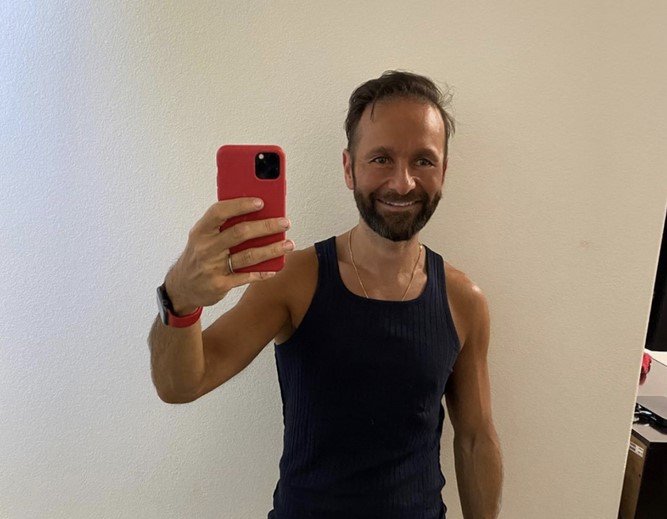 Even bigger waves were created on Twitter however when he challenged anyone to bet against him to win a WSOP bracelet this year, either on WSOP.com or GGPoker. He also includes the possibility of a live bracelet should the WSOP go ahead in autumn this year.

He tweeted that he will bet up to $1 Million.

Or, if there is a live WSOP this fall.

Will bet up to $1 million. pic.twitter.com/BKXcGXWTei

Daniel and his wife Amanda are going to spend the course of the online series in an undisclosed location in Mexico to be able to play on GGPoker legally.

YouTuber and PLO aficionado Joey Ingram tweeted on several occasions over the past weeks how the Corona crisis and many other recent events affected mental health. Poker fans were waiting for Joey to create new content, but he seemed overwhelmed and unmotivated.

Now he finally came out of his Youtube hiatus and created a video about his first Vegas live session post Corona. With the clickbaity title “Risking MY LIFE To Play Poker In Las Vegas!!” the video is narrated from his desk, interlaced with actual footage from his casino visit.

In the video and on Twitter he also gives a run-through of casinos that have reopened their poker rooms and measures that are being taken by the properties and individuals.

Wedding and Quarantine for Lynn Gilmartin

Right at the time when Vegas was run over by demonstrations and riots, everyone’s favourite poker hostess Lynn Gilmartin surprised the poker community with an Instagram post.

Lynn and Angel Guillen have been a couple for 9 years and tied the knot in an unexpected fashion in “A Little White Wedding Chapel” in Las Vegas, greeted by thousands of well-wishes from the poker community across all social media platforms.

Shortly after the newlyweds embarked on a journey to Australia. On arrival the pair had to be in mandatory quarantine for 14 days. They were placed in a 5-star hotel in Brisbane, all cared for with several meals a day, some entertainment and regular calls by healthcare specialists on their wellbeing.

Lynn posted an array of Instagram stories showing the meals and talking through how both of them were dealing with the situation. She praised the way her home country has been handling the situation and so almost eradicated the virus on the continent. You can read a summary of her experience in one of her Instagram posts.

Poker pro Patrick Leonard has been trying to unify poker players recently to more successfully speak for the rights of players with poker operators. This idea was slightly ridiculed on Twitter for its naivety.

Now Leonard is warning the players of a cheating threat online and calls for poker operators to work together in catching the perpetrators.

This is biggest threat to online poker. @GGPokerOfficial he shows his screen name cheating here, linking account and finding out real name and all sites working together and shutting this down collectively is crucial. Confiscate full account balances

The video he shares here shows a Russian player on GGPoker playing and using a real-time solver at the same time. The program called PokerReader is analysing the hand in real-time, telling the player which action to take next.

Unfortunately, this kind of cheating is not new and Leonard is correct in saying that it is a massive threat for online poker. However, by posting this “how to use” video he might inspire more players to actually also utilize programs like this than educate poker sites.

Most poker operators are aware and have systems in place to catch at least some of these cheaters. To fully remove this threat from online poker is probably impossible and so Patrick Leonard’s tweet might end up sparking the wrong kind of attention.

Both PokerStars Team Online players Felix ‘xflixx’ Schneiders and Lex Velduis were streaming when they got involved in a hand against one another. PokerStars Twitch tweeted a video with the river action and Lex already suspecting to be beat, using a ton of f-bombs as per usual.

The two players then get into a Throwables fight, with Felix ultimately taking a lot of time before calling Lex’s all-in bet with the nuts.

Next, the Twitter thread shows the same event from Felix’s side, with giggling Felix basically being ecstatic, getting to slowroll his teammate.

SMP Disclaimer: Slowrolling should only be done amongst friends or teammates, if at all, as the reaction can be very different, especially if you do this in a live game. Use with caution.