After four days of competition that saw 452 total entries and a prize pool that fattened up to NT$ 9,562,900 (~US$310,000), the J88Poker Tour Main Event is now down to its final 9 players. This was established earlier today at Day 2 with 134 runners back at CTP Club – Chinese Texas Hold’em Poker Association. Ten hours later, the finalists emerged.

For one of these players, it will be a very huge payday. The eventual winner stands to earn several prizes: NT$ 2,152,000 (~US$69,800) first prize, a customized golden bracelet, and a WSOP 2019 Main Event ticket. Here’s a brief look at the final 9 contenders.

, no improvement for Chi on the board.

With his double average stack, Lin is on his way to claiming his largest career score. No matter where he places, this will be his deepest-ever Main Event run.

Sunny Jung may not be in the live tournament circuit often but his stats clearly show he is a strong Main Event player. Jung won the APPT ACOP Main Event in 2013 and nearly pulled a back-to-back finishing runner-up the following year. Per Hendon Mob, Jung is ranked 2nd in Korea. 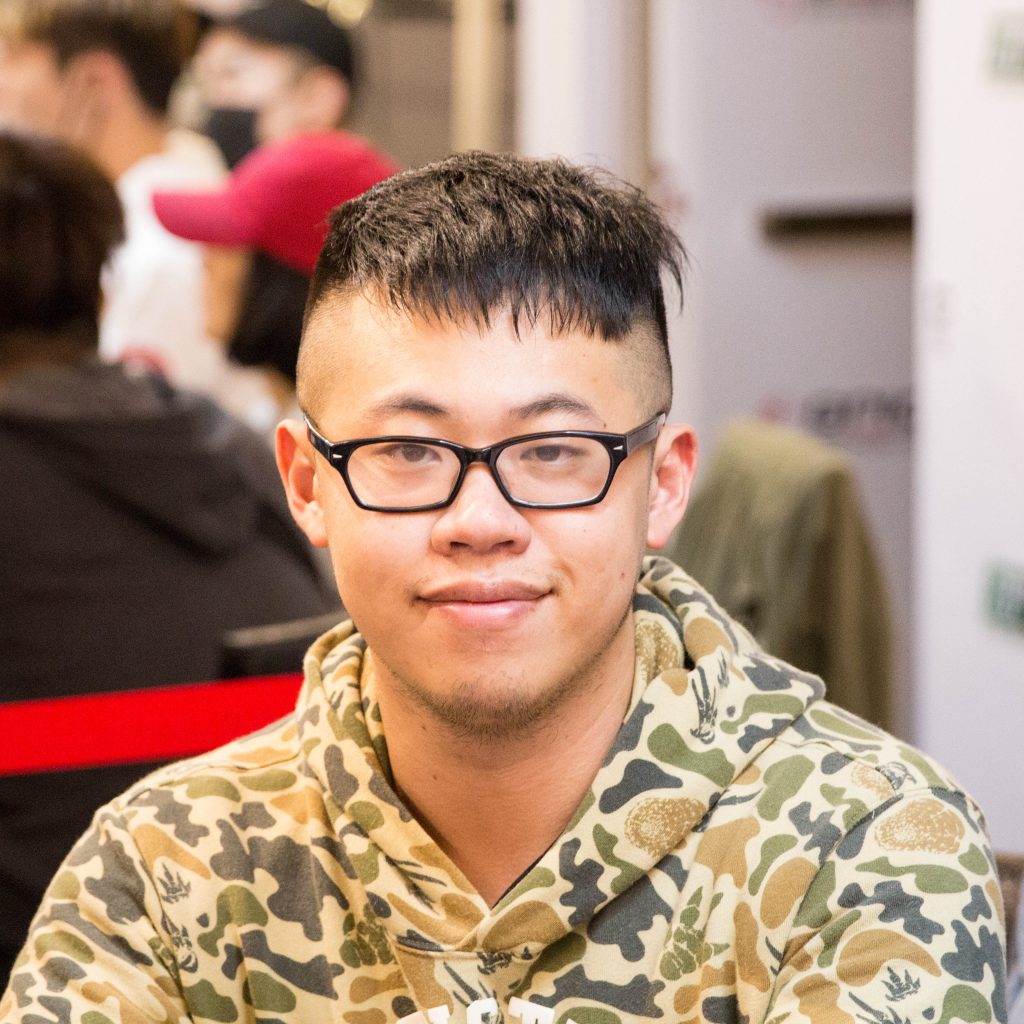 Chi Hang entered Day 2 in the top ten and impressively stayed within range of the leaders. He eliminated Chao Huai Wang in 11th place with

. Wherever Hang places, he is already looking at earning his largest live tournament payout. 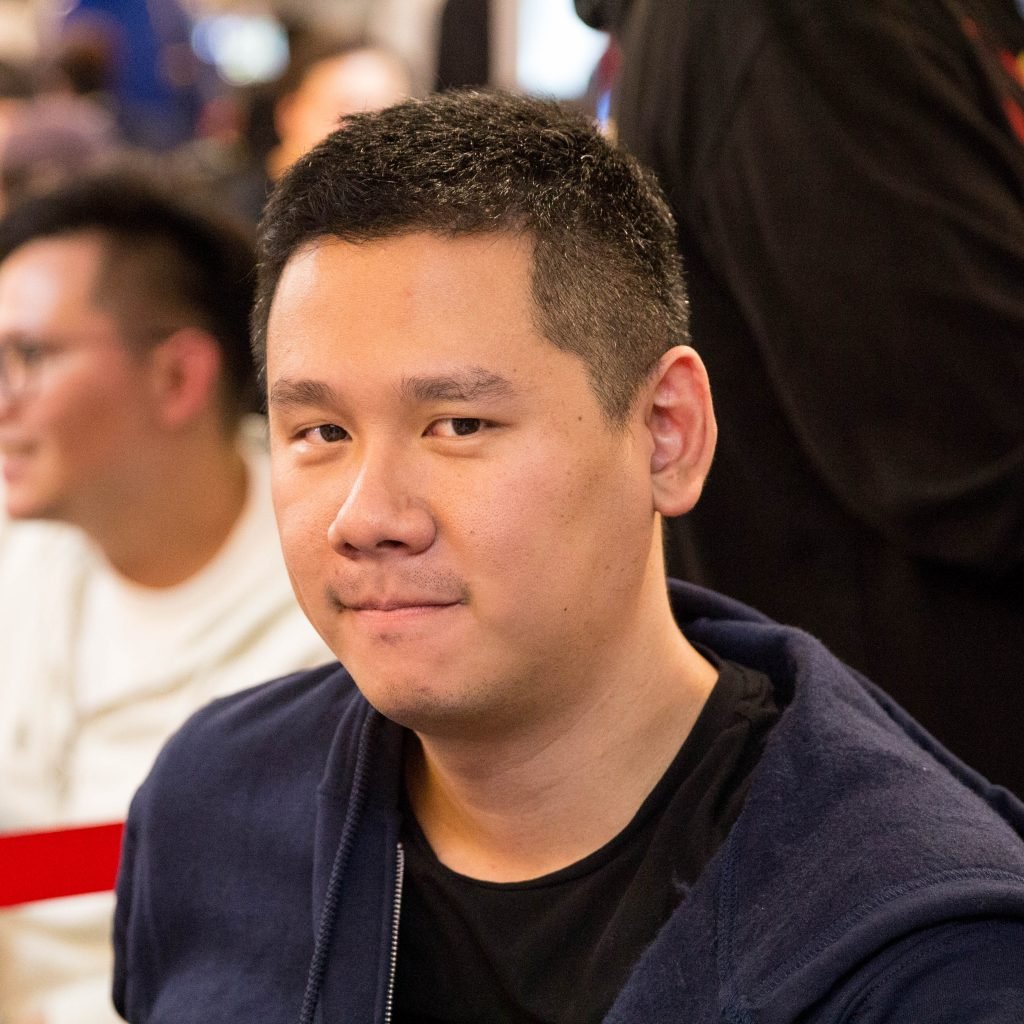 Last year, Patrick Liang ran deep in numerous big tournaments held in Taiwan including a victory at the PPPoker Festival Taiwan Main Event. He kicked off this year with an impressive 45th finish at the historic PSPC tournament in the Bahamas for US$69K. To stay in the running here, Liang shipped a double up with pocket twos turned set to get out from under average. 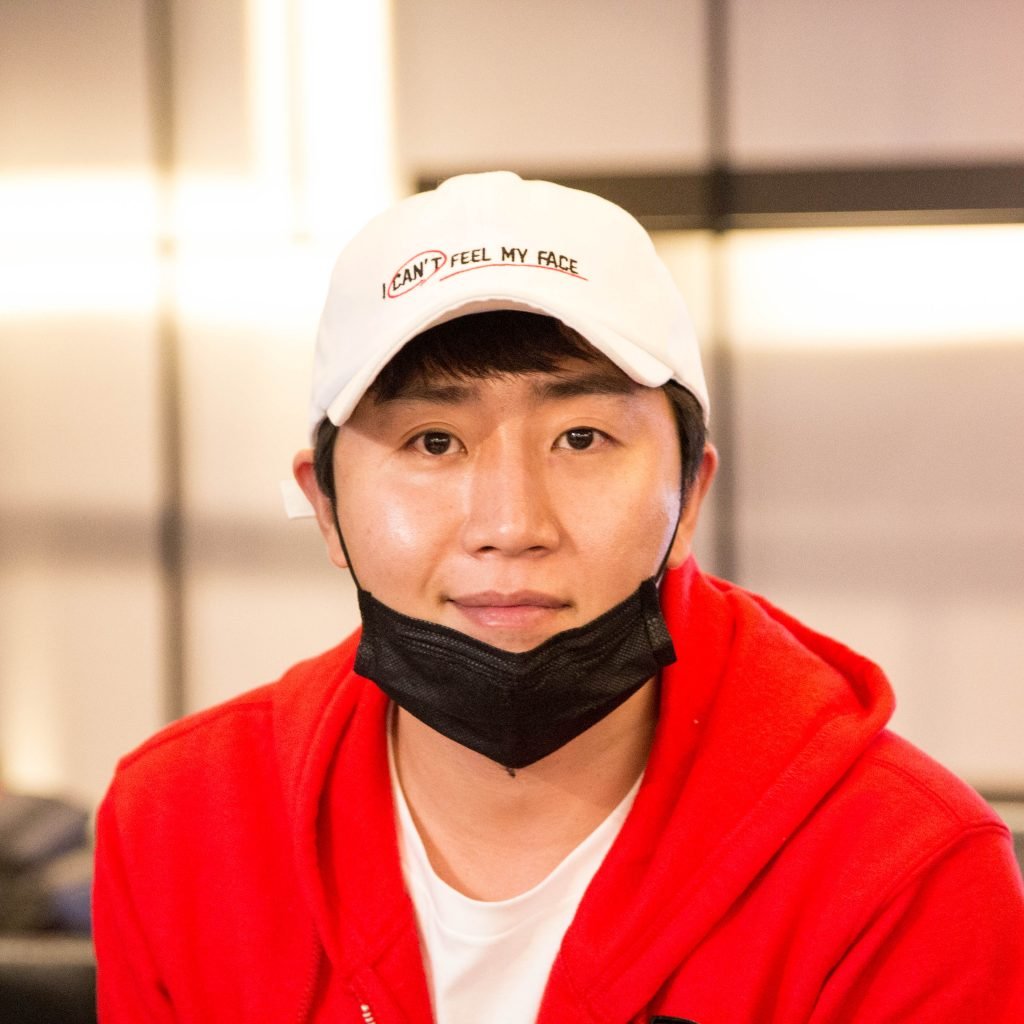 Jin Ho Hong entered Day 2 within the top 20 of the list and continued to maintain his stack into the final two tables. Jin Ho was one of the first players to amass over a million chips but lost it on the way to the final 10 round. He managed to boost his stack before the close of day by railing Heo Dong Ryul in 10th place to form the final 9. 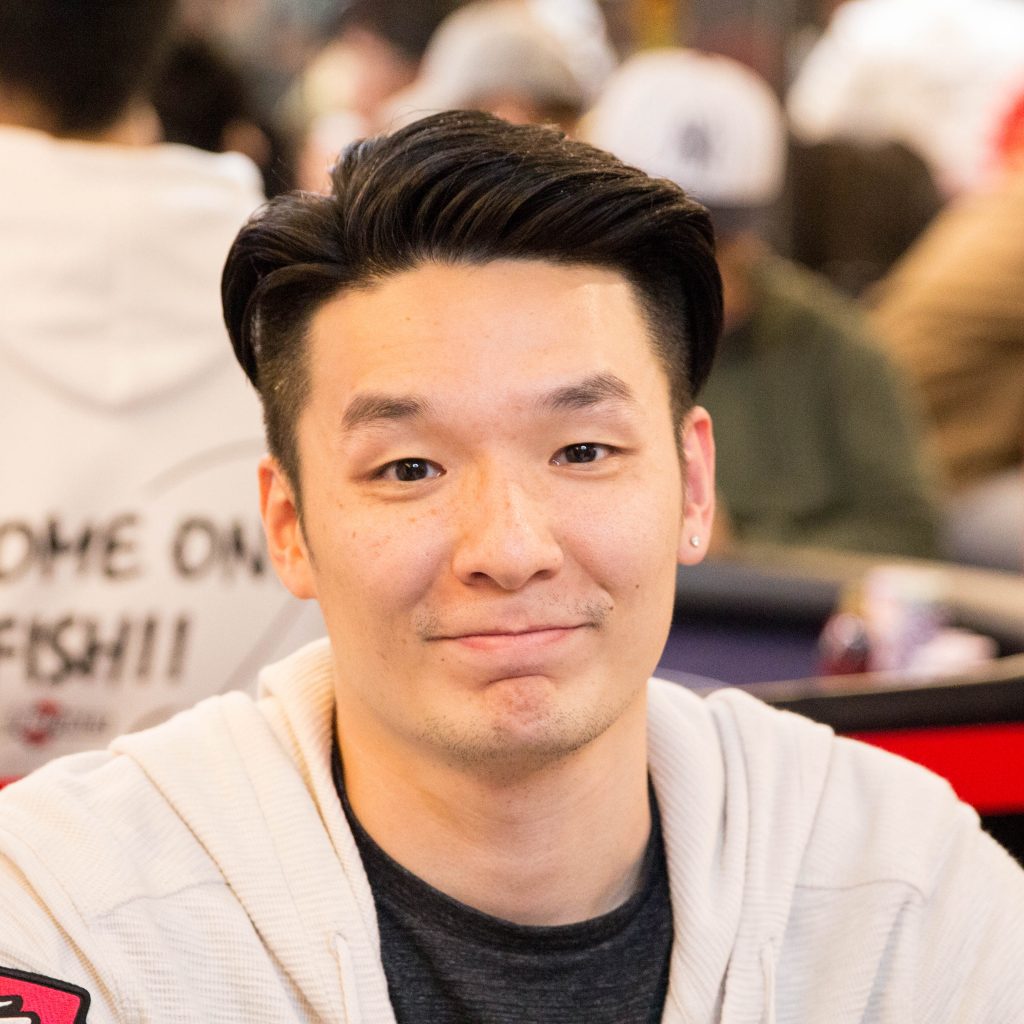 Vincent Li has a long list of live earnings since 2016, mostly in Asia, however his crowning moment was his victory in Las Vegas last year at The Wynn Summer Classic where he took home US$280,594. Li entered Day 2 as chip leader. He is looking to ship his first-ever Main Event title on Asian soil. 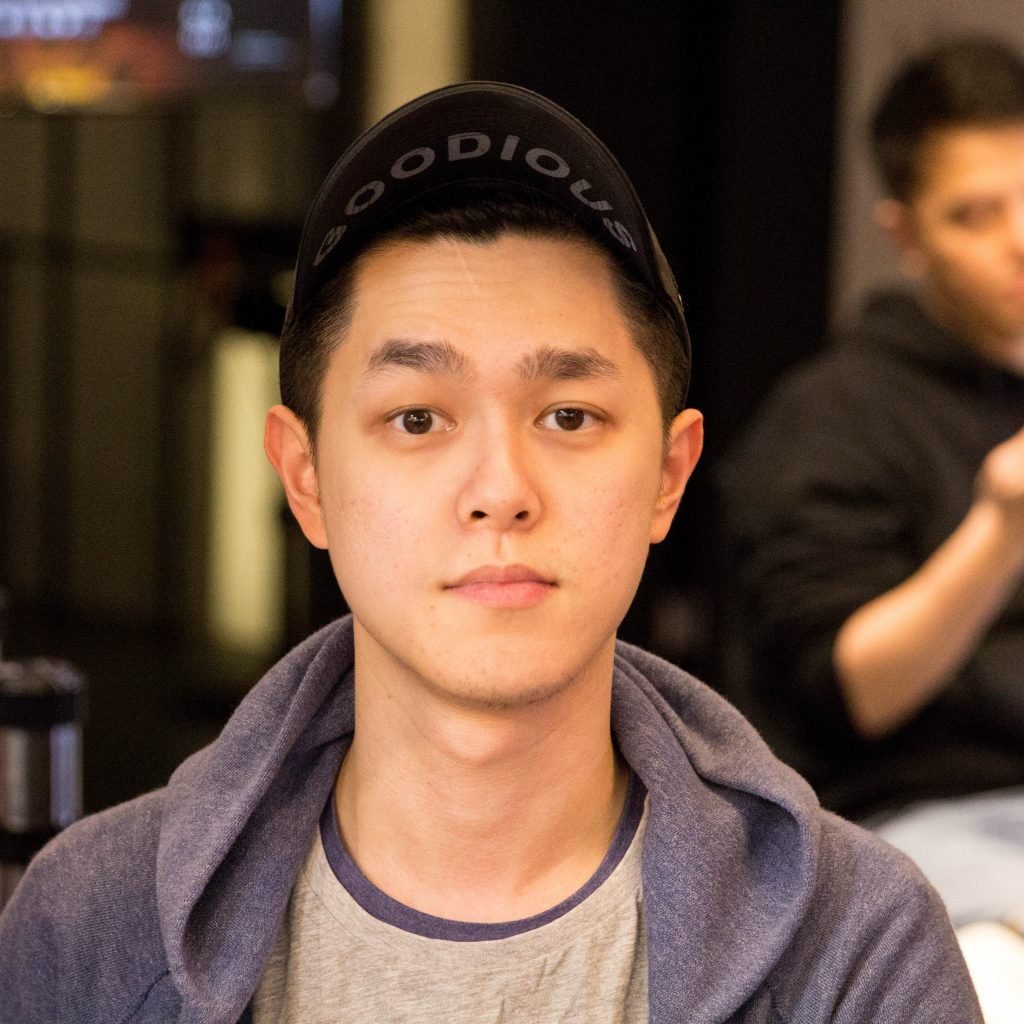 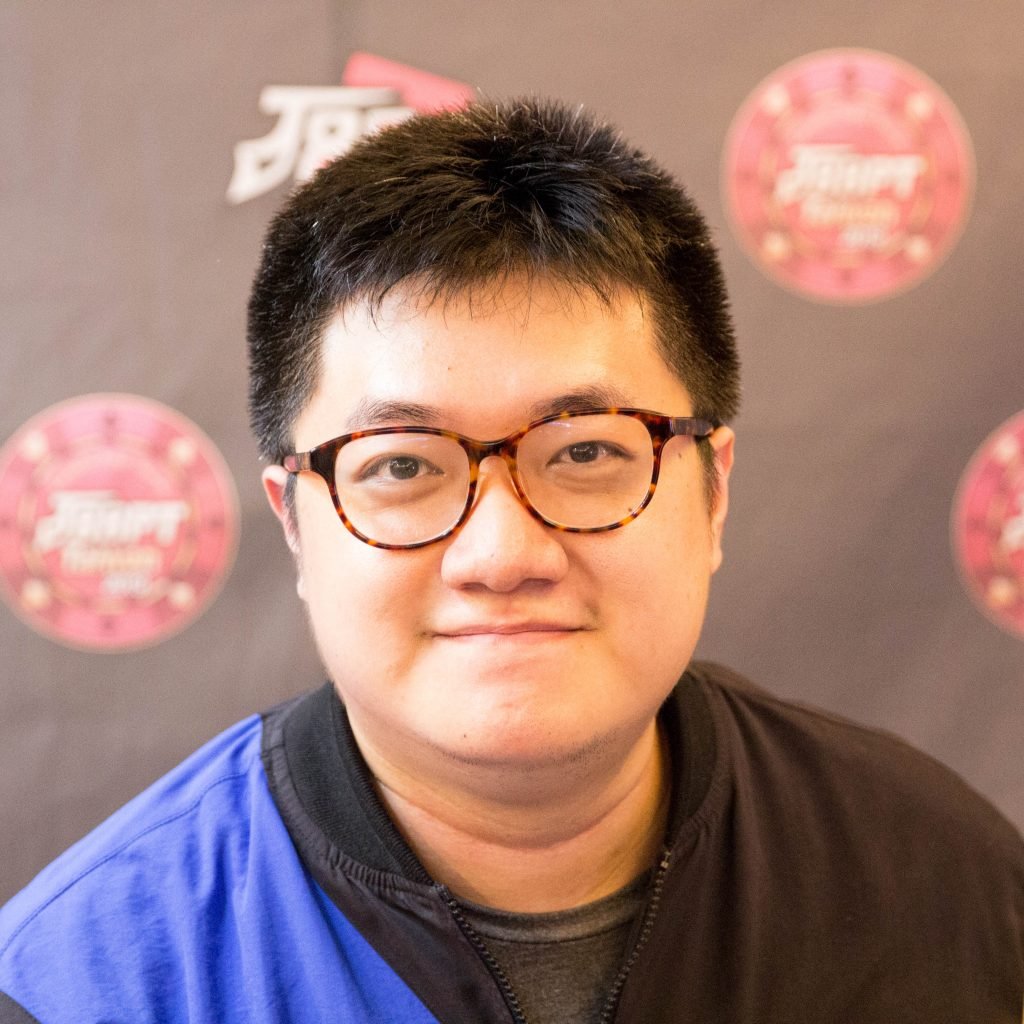 Out of all the finalists, Ray Yik Yin Chiu has the biggest score to settle having finished runner-up at this same event last year. He is the only player on a final table back-to-back and as he put it, “Time for Revenge!” Chiu railed short stacked Casey Kastle in 16th place.  At Day 1C, Chiu had an interesting situation that he shared with the media. It was 9-handed, blinds 500-1K, utg+1 Wu Siao Jhong raised to 2300 and Chiu defended on the big blind. At the flop 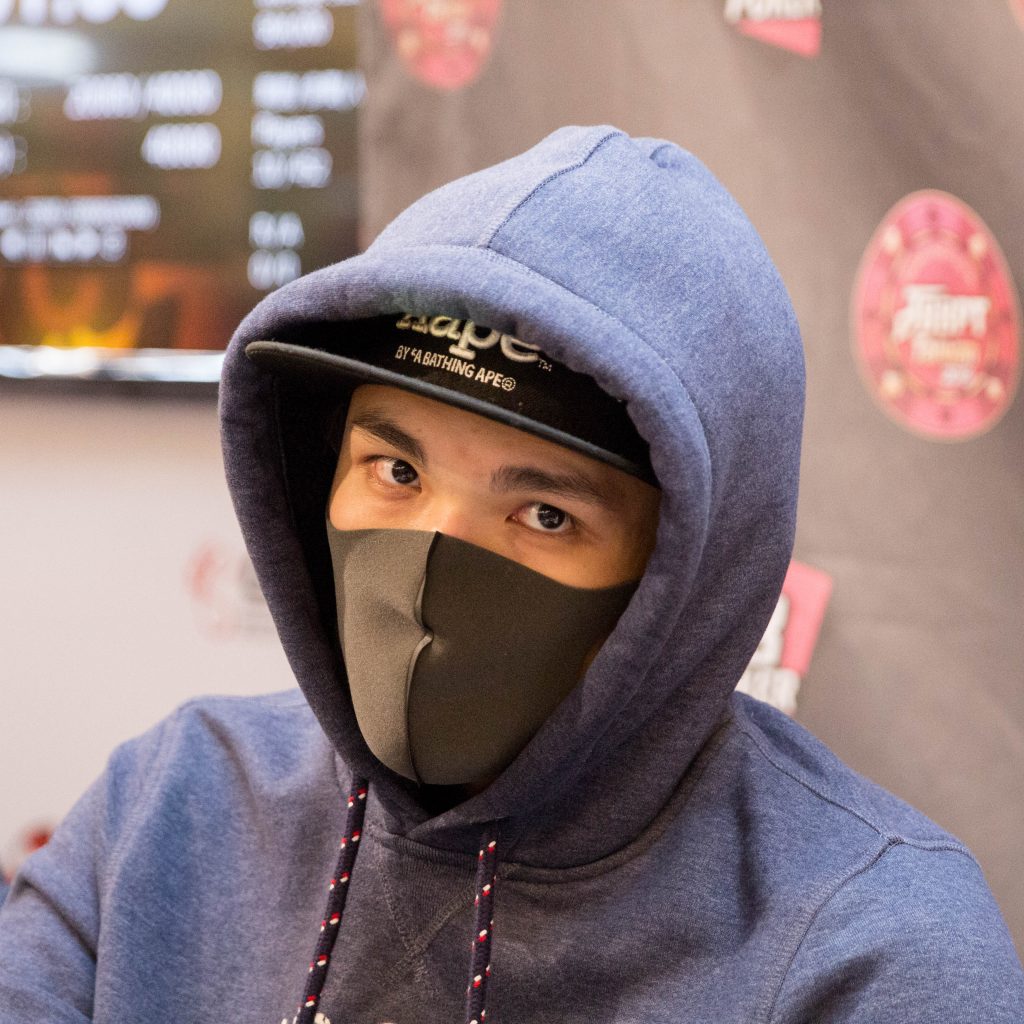 Wu Chun Hui ran deep in several events held here in home turf in 2018 and already has one cash for the new year. He helped downsize the field in the late rounds by eliminating Chien Hsun Wang in 14th place. Although his stack grew to average, successive losses after sent it plummeting until he was able to double up with A-10 over Chi Hang’s A-4 to stay in the running.

The final race to the title takes place on Wednesday, April 3. Cards in the air at 130pm. The game will stream live (20 minute delay)  at CTPClub Twitch.

Prior to forming the final 9, Day 2 blazed off with casualties at every turn. For several notable players there would be no payday having fallen before the money round. Among them were Daniel Tang, Pete Chen, Alan Lau, WSOP bracelet winner Wei Guo Liang, Phachara Wongwichit, Tetsuya Tsuchikawa, and defending champion Chia Jung Liu.

The same fate befell J88Pros Jin Tian and Justin Shin. For the former Tian, she was railed by a player whose

improved to a flush to deny her

. As for Shin, he was in a three-way all in holding jacks but Raymond Wong had queens to send him out and another player with pocket sevens. All of these players moved on to one of the three side events on offer.

It took four hours for the field to crunch down significantly from 134 to the bubble stage of 55 players. It also didn’t take long for that round to end. Two players were all in at separate tables. Day 1C chip leader He-ru Wu eliminated a player. Wu held

top pair on a board running

Over at the next table, Chaesung Lim did the same. Lim called a short stacked player’s shove. He had

and stayed ahead to ship it. With two players busting simultaneously, the 54th place payout was split between them.

J88Poker Tour heads into its final day tomorrow, Wednesday, April 3. While the spotlight will be on the Main Event, there are several side events also on the floor. Players can still sign up to the High Roller and the Monster Stack. The Pair Event and the J88 Cup are the last two events to also enjoy.

Somuchpoker is onsite and will bring you the festival’s final results as they unfold.