As the world stirs up for the holiday celebrations, poker is revving up in Taiwan. Starting today, December 20th until December 24th,  the Global Poker League (GPL) China Season 2 Taiwan Tour and the inaugural Master Poker Series light up the Chinese Texas Hold’em Poker Association (CTP) room in Taipei. This is the last known poker event of the calendar year in Asia. 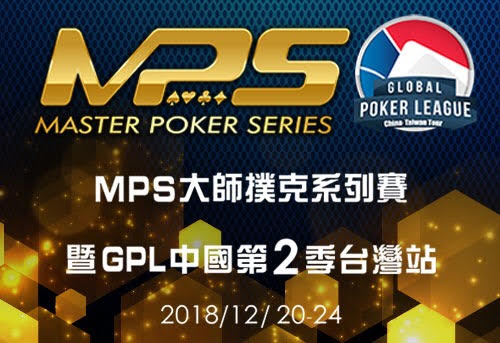 So for everyone out there looking to satisfy that poker craving, or if you are looking to win one more event, or maybe boost your GPIC Masterboard CTP points before the year ends, come on over and join the action. Here is a rundown on both events:

On its second season, GPL China brings this exciting teams event to Taiwan for the first time. For those unfamiliar with this league, teams from different regions of China battle it out in various tournament formats broken down to three parts. At the end of the first day, the tightest ships accruing the highest points advance to the next stage while the disqualified teams will be given a chance fight it out for the last spot(s). Last year, the Chengdu Pandas rose from near death to win the title in a thrilling three-way showdown.

Changes have been made for Season 2. It is now branded, “The Battle of Urban”, trademarked by Beijing Juzhongjoy Network Technology Co., Ltd. and Mediarex Sports & Entertainment. According to their website announcement in October, the league now allows “overseas teams and other nationalities to form a team to represent city and country”. With the game underway as we speak, each team consists of 5 players (instead of 6). Six teams have signed up.

Three teams will advance to the finals while the other three battle it out for the last slot into the finals. Buy-in per team is NTD 220,000 (~US$7,135). Schedule below:

Somuchpoker is on-site to follow the action. We will have a recap on which teams advanced and which ones will have to try and claw their way back in as it concludes.

There are 8 events lined up over the course of the four days. The Main Event is undoubtedly the prime attraction. Buy-in to the main is NTD 15,000 (~US$487).