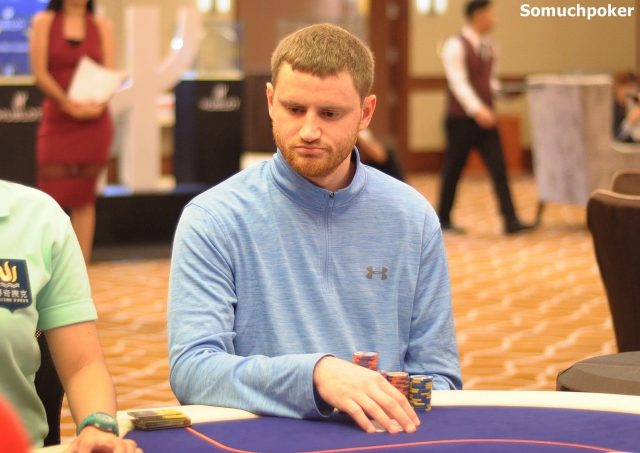 David Peters was born on 16th April 1987 in Toledo, Ohio. He still lives in his hometown.

In his life as a high roller poker pro, he travels the world as a nomad to play the game he loves and explore new places. He lives a fairly private life and his quiet demeanor, combined with his incredible poker skills, earned him the nickname “silent assassin”.

Peters has earned himself the GPI Player of the Year title in 2016 and achieving this a second time is a big goal for him.

Online, he plays under the screen names “dpeters17” on PokerStars and “Davidp18” on the now defunct poker site Full Tilt Poker. Across those two accounts, he’s amassed over $6.5 million in online MTT cashes.

His lifetime live tournament earnings exceed $38 million, as of the time of writing this. He is a 3-time WSOP gold bracelet winner and has a WSOP Circuit ring as well.

Peters says he taught himself how to play poker in 2004 after having witnessed the Moneymaker boom. He played a few freerolls and after winning one for $600, his career was kicked off.

Since 2006 he has been a regular participant in big buy-in tournaments in the US and around the world.

Peters has $38.850 million in live tournament earnings, according to his Hendon page. That impressive sum is the product of cashes in 276 different live events over the course of 16 years. He’s currently in the top 10 on Hendon’s famous All Time Money List.

2016 was the true breakout year for Peters, which not only did it earn him $7.5 million in winnings, but also the GPI Player of the Year title.

His biggest live tournament score to date is also from that year. In January 2016, he finished 2nd in the $200,000 NLHE event at the Triton Super High Roller Series in the Phillippines for $2.7 million. He lost the heads-up battle for the title to the German poker superstar Fedor Holz, also on a heater of his own in 2016.

In the summer of 2020, when the coronavirus pandemic forced all World Series events to be played online, Peters captured his second title in the WSOP Online Event #54: $10,000 Heads-Up No Limit Hold’em Championship. He defeated the hard hitting Aussie aggro pro Michael Addamo at the end to capture his second WSOP gold bracelet, $360,480, and a $15,000 WSOP Europe Package.

In 2018, he came very close to capturing yet another bracelet for himself. At the WSOP Europe in Rozvadov, Czech Republic he finished 2nd in the €100,000 King’s Super High Roller event for €1.622 million. That is his biggest WSOP cash so far.

Overall, Peters has cashed in 64 World Series events for a total of $4.601 million combined.

David Peters has always focused on tournaments over cash games in his poker career, both live and online. Therefore, it’s not surprising that he hasn’t appeared on any TV shows or online live streams where he played live cash in front of an audience.

Peters plays under the screen names “dpeters17” on PokerStars and “Davidp18” on the now defunct poker site Full Tilt Poker. On Stars, he collected $5.187 million in MTT cashes; while on Full Tilt, he collected an additional $1.496 million. Across those two sites, his career MTT earnings is at an impressive $6.683 million.

The first recorded online tournament score on his PocketFives profile is from September 2006 – and it was a victory right off the bat! He won a $33 NLHE tourney on PokerStars for $12,360.

In September 2014, he won his first and – so far – only WCOOP (World Championship of Online Poker) title on Stars. In October 2016, Peters beat a giant 5,041-player field to win Stars’ famous weekly $109 NLHE tournament, the Sunday Million. He pocketed no less than $143,505 for that victory.