In poker, it has become increasingly difficult to find substantial edges, and so it’s hard to blame players for wanting to consider all factors before making a decision, and for wanting to ensure that they do not give off timing tells. Unfortunately, this attention to detail has created a real problem for poker in the last decade. Some players are tanking for unnecessary amounts of time over easy decisions, and the problem is growing rather than fading. 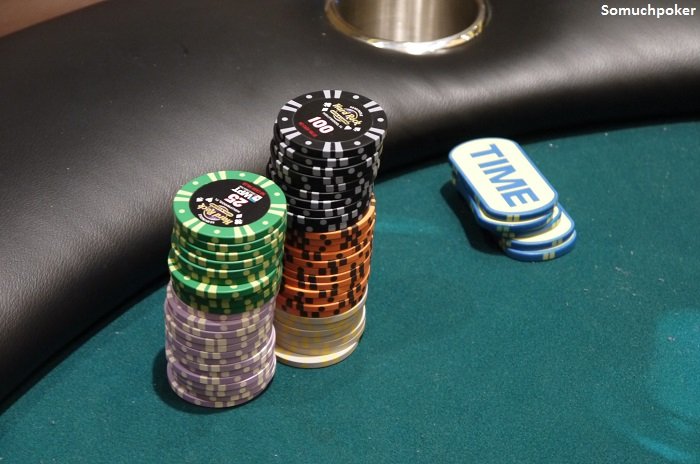 The controversy of the WSOP Main Event final table in 2015

The tanking issue was painfully highlighted at the WSOP Main Event final table in 2015, where it took absurd amounts of time for Zvi Stern and Pierre Neuville to make simple folds preflop.

The idea at play here is that when players take different amounts of time over decisions based on how difficult the decision is, they feel that they are giving away information to their opponents. While this does make some sense, when it takes around 45 minutes to complete one orbit of play at a table, the entire game of poker suffers.

Why tanking is killing the game

There are two key problems that arise from tanking, and both have a substantial impact on how poker is seen by viewers.

The first problem is obvious. Anyone tuning in to watch a big final table will be changing channels very quickly if the only thing they see is a player sat in a chair thinking. People want to see action, emotion and characters engaging with each other at the table. Even those who are established fans of the game may have been tempted to switch off the TV during the 2015 WSOP Main Event final table, and it’s hard to see how any new fans will have been brought into the game by flicking through the channels and stumbling across this televised poker game. This undoubtedly creates a long-term problem for the health of the game.

In addition, excessive tanking slows the game right down with players being restricted in the number of hands they can play before the blinds damage their stack, and as a by-product, brings about final tables where players are quite shallow stacked. Event organisers can keep improving the structure of their tournaments, but their efforts will be in vain if “tankers” are continually slowing the game and consequently diminishing the skill factor. For the casual viewer, the competitions which end up as a push/fold contest make the most prestigious televised final tables look like a luck based crapshoot.

The ‘Action Clock’ answers the call for change

All event organisers are potentially already concerned by this issue, but the World Poker Tour team has been the first to experiment with a radical solution. An ‘Action Clock’ is being used at this year’s WPT Tournament of Champions, and while it is still finding its feet in terms of how it will impact the games and be received by players, this change is undoubtedly a positive step forward. The clock essentially gives players a 30-second timeframe to make each decision but also gives each player five additional timebank chips each day, which add 30 seconds to their clock during a hand. 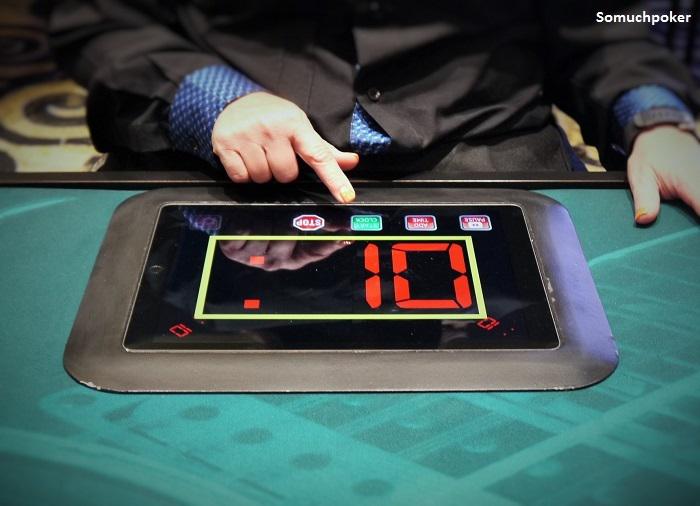 While you would be forgiven for thinking this might add complications to the game, it is actually a very simple process. The dealer has a touch screen in front of them and taps a button each time the action moves to a new player. If a bet has been made, the clock for the next player starts as soon as the bet size is announced by the dealer. If a player times out without throwing a time bank chip in, the timebank chip will automatically be activated anyway as long as the player possesses one.

A global expansion for the Action Clock?

The WPT trialled ‘Action Clock’ for the first time in their history at the Tournament of Champions last year, and they were used successfully in the Southern California Poker Championship last September. PokerStars have also been introducing the concept recently, both at the $25K High Roller event in the PokerStars Championship Bahamas festival, and this week at the Pokerstars Championship Macau HKD$400,000 Super High Roller and HKD$103,000 High Roller.

Clearly, there will be some players who are wary of changes such as this one, but most players understand the potential benefits of speeding the game up. The ‘Action Clock’ is set to be implemented at the WPT L.A event in May, which suggests that it will probably become a regular feature of WPT events moving forward. As the ‘Action Clock’ becomes accepted and is brought in for more WPT events, it seems likely that other global tours will begin taking an interest. The Action Clock product used by the WPT is designed by Gaming Advancement Marketing Entertainment, and CEO Cavin Quintanilla has informed Somuchpoker of his ambitions to bring the product to other tours around the world.

When you examine the potential benefits to the game of poker, and look at the simple economic fact that faster games mean more rake for casinos in cash games, you can easily envisage this product taking off in a big way. In addition to these positive points, players attempting to make a living at cash game tables will surely be glad of faster games which increase their number of hands played per hour, and as a consequence, their hourly rate.

Players will make the decision

Considering the fact that the action clock used by the WPT is relatively easy to set up (one IPad integrated into each table is enough) and doesn’t require a specific effort from the dealers, the decision will, in the end, very likely be made by the players.

Are they willing to play a new form of poker restructured by a shot clock in which the ability to make fast decisions becomes a poker skill in itself, or do they want to stick to a slower version of the game?