This past weekend saw the Asian Poker Tour wrap up a highly successful inaugural APT Taiwan 2019 in Taipei City. The event took place from February 20 to March 3 at the Chinese Texas Hold’em Poker Association (CTP Club).

The first half witnessed a record-setting prize pool Main Event in Taiwan while the second half set a new tour record at the Championships Event with 288 entries. At the conclusion, an overall prize pool of TWD 65,200,000 (~US$2,113,750) was distributed. Also receiving top honors was Hong Kong pro Alan King Lun Lau for winning the Player of the Series.

With this success, the APT signed a partnership deal with CTP that would see the tour return for the next two years starting with a twelve-day series in October 2019. We’ve got that story for you below along with the final festival highlights.

As in the case of previous Championships Events, a majority of the seats were filled by pros. Winning it was China’s Chen Dong, capturing his first title of the year. Chen knocked out four players of the Final 8 round which included WSOP winner Alex Lindop (4th), Taiwan’s Pete Yen Han Chen (3rd), and Hong Kong’s Jennette “Jay” Tan at heads up. He pocketed the TWD 2,955,000 (~US$ 95,800) top prize.

At the end of every series the APT awards three players for the highest number of points accrued. Finding himself at the top of the standings was Hong Kong pro Alan Lau King Lun. Although Lau did not win any of the events, he ran deep in three:

Placing 2nd was Canada’s Lok Gino with an outstanding 6 cashes, included in that was a victory at the WeLoveSport.com Deep Stack Hyper Turbo event. 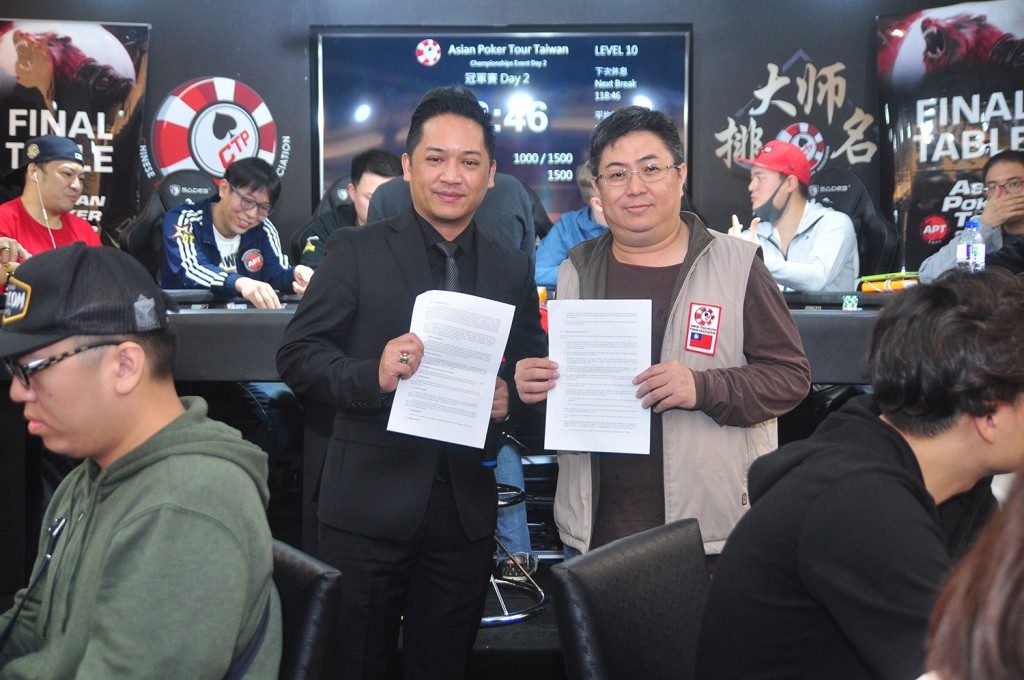 The successful inaugural visit has spurned another two years of games between APT and CTP with a contract deal until 2021. The partnership will see two APT events per year, every February and October, with the first one already slated for later this year from October 9 to October 20.

Taiwan may be a new player in the Asian market but it has already shown great promise and outstanding progress. The APT was the first international brand to enter in 2019 joining three others that wet their feet last year: AJPC, J88 Poker, and GPL China.