With live poker hitting an all-time low last year, much of the poker community’s attention has shifted to the booming online poker scene. Traffic rates across leading platforms have reported tremendous growth in its multitude of games, giving us a look back into the pre-Black Friday era.

For almost a decade now, online poker in the U.S. has been on a tightrope with the majority of its player pool left with limited options since the 2011 indictment of the industry giants PokerStars, Full Tilt Poker and Absolute Poker. Over the years, small steps have been taken towards state-wide legalization of online poker in a couple of U.S. states with some of them sharing liquidity. 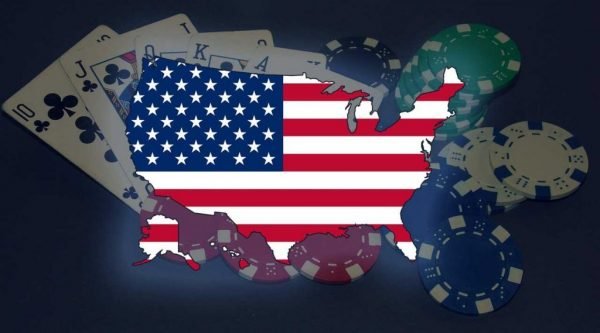 A new interpretation of the Federal Wire Act

Back in 1961, the state of Nevada was the only state which permitted a wide variety of legalized sports betting. It was during this time when the Wire Act was introduced to prohibit citizens of other states to engage in the business of betting or wagering knowingly via transmission of a wire communication. When the internet was established and online gambling grew more popular, the Department of Justice (DOJ) decided in 2011 that the Wire Act was still exclusively implemented to prohibit interstate betting. The legal opinion of the said authoritative body stated that “interstate transmissions of wire communications that do not relate to a ‘sporting event or contest’ fall outside the reach of the Wire Act”, thus clearing the way for the states to better regulate online casino, poker and lottery games.

Seven years later however, the DOJ reversed its initial interpretation of the Wire Act in 2018, declaring that the law was valid for all kinds of online gambling and “not uniformly limited to gambling on sporting events or contests.”

• U.S. Court of Appeals rules poker free of restrictions under the Wire Act

A step closer towards a more open online poker environment, great news welcomes the new year as the real money internet gaming scene receives a fresh start in the process of its legalization. Just late this January 2021, the federal appeals court ruled the Wire Act to solely be applicable to sports betting as it was intended back in 2011.

“In conclusion, we find that the plaintiffs’ claims are justiciable and that the Wire Act applies only to interstate wire communications related to sporting events or contests,” the ruling stated.

A lawsuit by the New Hampshire lottery in 2019 led to the reconsideration of the opinion which was largely backed by billionaire and casino mogul Sheldon Adelson. With the appeals moving back and forth, the recent passing of Adelson and Donald Trump out of the White House, the pending action now falls on President Joe Biden’s administration if they wish to appeal the said ruling. Many see this as a major victory for online poker in 2021 as some forms of interstate online gambling will now be allowed given the current verdict.

The struggle for poker players in the U.S. has long stretched to a total of ten years in a fight against the country’s restrictive laws. With the recently inaugurated President Biden however, the movement this industry has long been yearning more may finally come to fruition. According to Online Poker Report, Biden noted his support for the preliminary declaration saying, “I would reverse the White House opinion that was then reversed and overruled by the court. The court is correct. That should be the prevailing position.”

Similarly in 2018, Biden revealed to CDC Gaming Reports that he “doesn’t support adding unnecessary restrictions to the gaming industry like the Trump Administration has done.” Experts in gaming law likewise strongly believe that the present administration is keen on dropping further appeals and would eventually pave the way for expanded internet communications for gaming purposes to flourish. Judging from recent events, it is safe to assume that big potential is in store for online poker, with the next four years under Biden to hopefully fast-track its long-awaited return.

Progressive regulations evident across a number of states

The Black Friday events dating back to 2011 rocked the entire poker world when online games from the major platforms were abruptly stopped by the Department of Justice nearly a decade ago. While ten years may have passed, many still remember the unexpected shut down to be one of the darkest days in poker history.

Despite its incredibly slow return, a few states have authorized internet gaming, including the likes of casino gaming, lottery and sports betting aside from poker, with more states in the process of legalization for the near future. Nevada was essentially the first to make a comeback, followed by Delaware and New Jersey. The 2011 opinion of the Wire Act served as the basis for the formation of an interstate compact between these three states, allowing a shared pool of players as well as liquidity.

While the three pioneer states share an interstate agreement, networks available in each state vary highly, with New Jersey to be the largest among the regulated U.S. gambling markets. Below are the corresponding networks and poker sites that operate on these states:

Three more states followed suit in recent years with states West Virginia, Pennsylvania and Michigan, having also legalized online poker with provisions for online gambling as well. West Virginia was the fourth state to offer legal and regulated poker but up until now has yet to launch its real money poker operator to the public. Both Pennsylvania and Michigan have poker giant PokerStars serving the states’ gaming needs but have unfortunately opted to stay ring-fenced for the time-being. While both sites host a much smaller player pool, plans for expansion (partypoker and WSOP to enter the Pennsylvanian market and Michigan to eventually join the interstate pact between New Jersey, Nevada and Delaware) are already in order for the next few years.

Ideally, it would be great to see more states progress through the legalization of online poker within their jurisdictions. With six states already offering real money gaming, it is likely that Indiana, Oklahoma and Kentucky will be among the next states to legally allow online poker. Dubbed as the home to one of the world’s most famous horse races “The Kentucky Derby”, the state is already a step forward having introduced a bill to regulate sports betting and online poker.

Global data shows online poker to be back at its most recent high dating as far back as 2015 mainly due to the current global health crisis situation. Although players geolocated in the U.S. have yet to benefit from this unexpected boom, the exponential growth of offshore unregulated poker sites proves that poker demand in the country remains evident as ever.

The success of networks such as Winning Poker Network (ACR), PaiWangLuo Poker (Ignition/ Bovada) and Chico (Betonline) have provided these offshore operators an opportunity to profit off of the deprived American market. The PaiWangLuo network backed by a Hong-Kong investment firm for one, has grown to be the eighth-largest internet poker provider in the industry according to presented traffic figures and is assumed to be one of the most popular networks among American players. Its Ignition brand currently sits at the top spot for the best legal poker site in the U.S.

Since regulations forced the country to turn its back on real money online gaming, the poker market has since evolved with a lot of the action now also shared with mobile applications. Hugely popular in the country as well, are applications PPPoker and Pokerbros which allow users to host their own games whilst adapting a play money currency conversion.

While the U.S. may have a handful of options to cater to their players’ gaming needs, many are still awaiting a full regulation of the American market to get the full experience of online poker itself. We can only keep our fingers crossed that further regulation and legislation will move faster and that the remaining states basically learn how they can gain from these industries instead of mainly considering the negative connotations online poker brings. Getting the U.S back online and connected to the global poker network is the dream, although more time may be needed before it truly does see light.