The inaugural WPT Cambodia opened its doors today at NagaWorld Phnom Penh for the US$ 1,100 buy-in Main Event. Attendance was more than impressive with 188 (165 uniques, 23 re-entries) signing up. Two more starting days will follow which means the US$ 250K guaranteed will undoubtedly be crushed to bits. 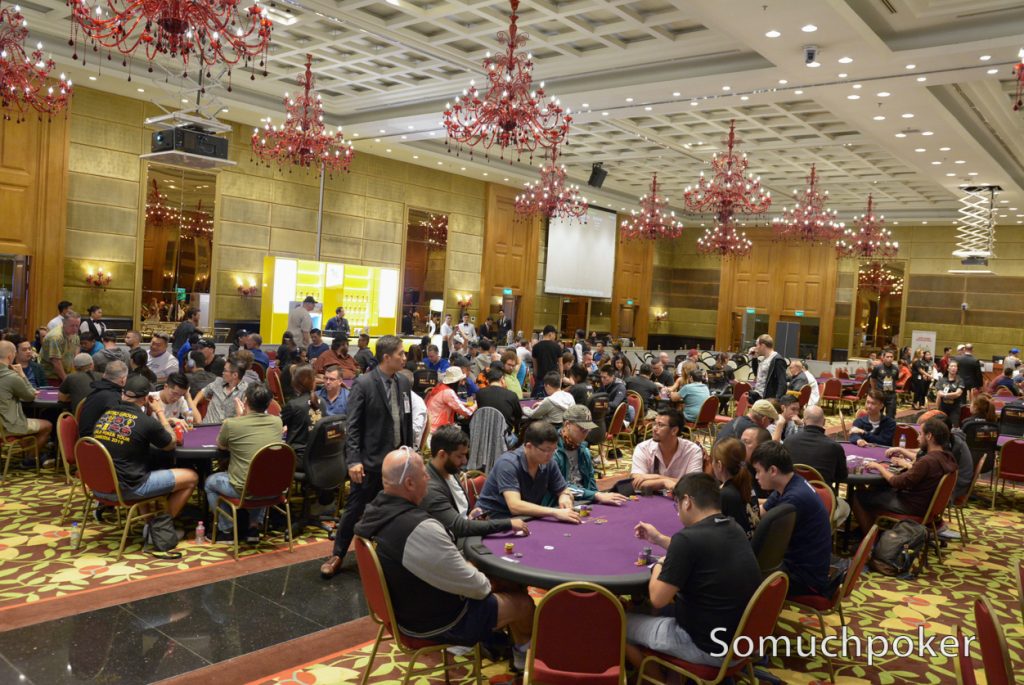 Taking a look at the Day 1A action, the heat ended with 34 players. China’s Jingjing Ke ruled the charts with her 486,000 stack. To help Ke rise to leadership, she railed numerous players including India’s Madhav Gupta. She cracked Gupta’s pocket aces when her queen-jack rivered a straight. During the later rounds, she also denied Taiwan SAR Eric Ting Yi Tsai.

Another player shaking up the felt was Norway’s Didrik Mantor who bagged up a hefty 392,000 stack. Mantor went head to head multiple times against Season XVII WPT APAC Player of the Year winner, Vincent Chauve, and even got some pay for his quads. However, his largest scoop was knocking out India’s Ravi Metlapalli who check-shoved on the river with top pair only to fall to Mantor’s set of tens.

To round out the top three leaders was HKPPA Taiwan Main Event champion Kuang Hung “Luke” Lee. Lee won a three-way pot in Level 3 to take the chip lead then stayed within the top five throughout.

Also advancing were notables Dhaval Mudgal, Natalie Teh, Thomas Ward, Jeon Seungsoo, and Andre Lettau. As for the fallen, Player of the Year front runners Hamish Crawshaw and Hari Varma both missed the mark. Chauve fell during the last level of play.

Read up more on the action via our live posts.

All of the Day 1A survivors will have a break before returning for Day 2 on Sunday, November 24 at 1pm.

So far the numbers are::

Up next is Day 1B. Have a look at the schedule below:

Blinds increase every 60 minutes until the final two players. Blinds will then drop to 30 minute intervals.