Manila is quickly becoming one of the focal point of poker in Asia, as the APT, APPT, WPT and IPO all compete to bring the biggest and best events to the country.

Almost exactly a year ago, the Solaire Resort & Casino hosted the inaugural WPT National Philippines under the guidance of Mike Kim, who ran operations there. Its first edition saw a healthy Main Event field of 385, with Japanese player Tetsuya Tsuchikawa taking home the 1st prize of almost USD$157,000.  The event was deemed a great success, and in it's aftermath, talk quickly turned to the possibility of the WPT making a return to Manila in the near future. 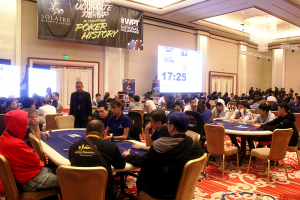 An event intially expected in August this year

WPT National Philippines was initially due to come back in August of this year, but before the dates and schedule could be inked in as a certainty, changes in management led to the plans being put on hold. The Poker King Club expanded its operations and opened "Poker King Club Manila" in partnership with Solaire Resort & Casino. This ultimately meant that the man who was partner of the inaugural WPT Manila, Mike Kim, had now departed, and plans for WPT Manila's return were left in limbo.

Officially rescheduled for the 2nd to 8th of January

It always seemed that such a prestigious event like the WPT would be embraced by the new Poker King Club in Manila, and that has now proved to be the case. WPT National Philippines  has officially been rescheduled for the 2nd to the 8th of January at the Solaire Resort & Casino. In just a few months time, players will be able to enjoy this eagerly awaited event once more. Event will feature a $1,500 +$150 Main Event. The full schedule is expected to be published in the coming weeks.

As competition among major tours heats up across Asia, and Manila in particular, 2016 looks set to be a year filled with big events in the region. There is surely no better way to kick start the year than with this WPT event making it's return in January.

Poker King Club Manila is hosting in november and december satellites for the Main Event. 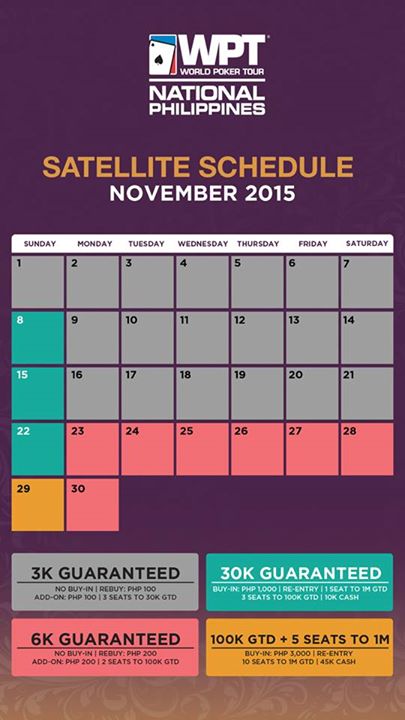