It has become clear in recent times that a new look Pokerstars brand has set it's sights on expanding into the potentially lucrative market of Asia. There have been ups and downs involved, with a live tournament in China shut down by the police, and a steadily growing poker interest in Japan. Earlier this year, Pokerstars have accepted into their team Naoya Kihara and Aditya Agarwal, who now represent Japan and India and will be working to fuel further enthusiasm for the game in their homeland.

Yesterday, we received further news on this front, as two more poker players have joined the ranks of team Pokerstars. As you may have guessed, they both come from Asian nations.

Yaxi Zhu is a player from China who will be looking to create interest in poker within the difficult market of China. She has proved her credentials by winning an ACOP Platinum Series III side event, along with an EPT side event recently in Prague too for USD$148,000. She also took 2nd in an EPT 10 side event last year and despite still being very young, occupies 34th place on China's all time money list. Her tournament cashes amount to $252,000 in the live arena, and she seems to have a bright future ahead of her. 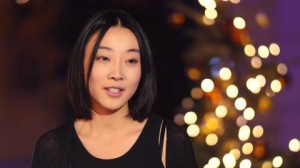 The second player to join the ranks of Pokerstars is Chen-An Lin. He was born in Taiwan and will help grow the brand in that part of the world. He brings with him a wealth of live tournament experience, having won a Macau Poker Cup side event as far back as 2009 with many deep runs and tournament wins in events across Asia since then. Some of his recent highlights include winning another Macau Poker Cup event in August last year, before following that up with a 4th and a 6th in Macau Poker Cup events when it reconvened in March. Earlier this year he made the trip to Las Vegas, immediately winning two small tournaments, further showing his promise as a player. Just one month ago he also finished 31st in the APPT Manila Main Event.

When we look at the attempts by Pokerstars to sponsor live events across Asia, and also examine the evolution of their team of pros recently, it is clear that Pokerstars see Asia as the prime place for them to grow and expand into. Kihara, Agarwal, Zhu, and Lin who joined this year the team, will all generate greater interest within their home countries for both poker, and Pokerstars, especially if they can take down a very big tournament or two in the next few years. Even if their accomplishments are more modest, but still noteworthy, you can be sure that young aspiring players in their home country who are already enthusiastic about the game will certainly be inspired to keep working harder, in order to emulate their home town hero.

These new additions to the team will be seen in action wearing the red spade logo through the first half of September, at the 23rd edition of the Macau Poker Cup. The prestigious HK$12,000 buy in, Red Dragon event between the 5th-11th of the month should be particularly exciting, with both new players set to take part.

Read our review of PokerStars