The online poker scene is on the rise with major tournament series coming up one after the other. With everyone secured at the comfort of their homes, the traffic across these online platforms has dramatically increased.

Following the success of PokerStars’ largest Sunday Million  in online poker history which reached an $18 million prize pool, the leading network is back again with another whopping series featuring $85 million in guarantees.

The annual SCOOP (Spring Championship of Online Poker) and Micromillions series is scheduled to return in a few weeks, ready to shower its players with multiple cash prizes. 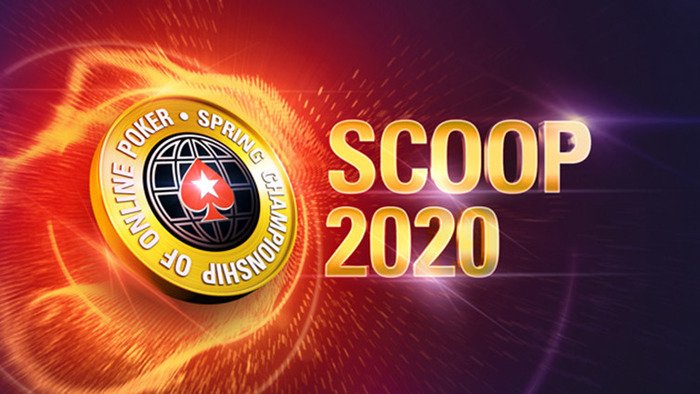 The Micromillions which mainly caters to players with limited bankrolls has always been a great way for players looking for a big score. The festival is scheduled to take place from April 19 – 26 with the SCOOP series following right after running from April 30 – May 19.

Both series will host a variety of games from the most popular no-limit hold’em to five-card draw progressive knockouts, with the initial Micromillions hosting a total of 100 events covering more than $2.6 million in guaranteed prize pools. Micro and low stakes grinders can jump in the highlight of the series $11 Sunday Storm Anniversary happening on April 26, where there is an incredible $1,000,000 GTD.

The action doesn’t stop there with the SCOOP 2020 kicking off two weeks after. The classic series, running for 20 days will host a total of 80 events at three tier levels each with buy-ins ranging from as low as $2 for the initial phase event to as high as $25,000 for the Super High Roller event. Featuring a hefty $85 million in combined guaranteed prizes, the three no-limit hold’em Main Events scheduled for May 17 will include a whopping $13 million in guarantees alone.

As every single day of the series covers a minimum of $1.5 million in cash prizes, players at all levels will be given a great opportunity to boost their bankrolls tremendously. The three buy-in tiers for a combined 240 tournament events will likewise suit the likings of a wide bracket of players. Multiple step satellites and Spin & Gos will also be available throughout the series for a chance to qualify on the cheap for the big events.

Poker Revenues on the Rise

With the current economic slowdown and quarantines imposed, online poker traffic was already expected to increase. Global data revealed online poker to be back at its most recent high dating as far back as 2015.

Toronto-based online gambling operator The Stars Group (TSG), reported online casino and poker operations to be up 75% and a 27% revenue spike for the PokerStars platform. Heading for a first quarter revenue of around US$735 million, the company says it expects to book a net loss of between $69 million – $79 million for the quarter partly due to costs associated with its ongoing merger with UK-listed gambling giant Flutter Entertainment.

While Chief Executive Officer of TSG Rafi Ashkenazi acknowledged that the company was well-poised to endure the impacts of the COVID-19 pandemic, he also relayed that a prolonged pause in sports and racing could ultimately result in damaging losses for the company. In addition, Ashkenazi confirmed that the Flutter merger will get done in the current quarter to be decided at their virtual meeting on April 24th. The multi-billion-dollar deal will assume the new entity as an industry giant, holding a combined value of more than $12 billion.