When the Netherlands is mentioned, for many, the country’s permissive drug and prostitution laws come to mind. This suggests a free, liberal, unrestricted way of life for the Dutch. That, in turn, suggests that it’s likely that there’s an equally permissive legal landscape for gambling.

However, unfortunately, that is not the case.

The Holland Casino is a state-run gambling company that has a legally mandated monopoly in the land casino market. Online gambling was illegal in the country until the Durch Senate passed the so-called “Remote Gambling Bill” in 2019 – more on that later.

With all those obstacles in the way, gambling is still popular in the Netherlands, many turning to the gray – or unregulated – market. Sports betting is the most commonly favored form of gambling.

A 2011 article on dutchnews.nl estimates that around 200,000 people play online poker in the Netherlands, despite it being technically illegal at the time.

For a long time, the Dutch overseas territory on the Caribbean, Curacao, has been a haven for gambling companies. Many of them, 450 to be exact, operate under Curacao licences. However, this is about to change – in 2020, the Durch central government made it a condition of receiving the Coronaviiurs pandemic aid that the island reform its online gambling licencing system. You can read more about it in this article on our site.

Lex Veldhuis is one of the most popular poker streamers on Twitch with over 230,000 followers. He regularly streams online tournaments and cash games as well. He has over $1.57 million in online MTT cashes and over $687K in live tournament cashes. He’s also appeared on the classic poker show High Stakes Poker on The Game Show Network back in the day.

– Playing Live Poker in the Netherlands –

Live Poker Legislation in the Netherlands

No private company is allowed to operate a land casino in the Netherlands. The state-run company Holland Casino has a legal monopoly in the sizeable Dutch market. The profits they generate go to the Dutch Treasury, as their Wikipedia article states. They are running 14 casinos across the country.

Live Poker Venues in the Netherlands

As for tournaments, they currently have only 3 events on their schedule – a €30, a €50 and a €100 buy-in NLHE tournament, all with unlimited rebuys.

This doesn’t mean you’ll have trouble finding a good poker tourney in the Netherlands. The Holland Casino website is advertising a number of tournament series when you select “poker” among their games. The one that sticks out the most for poker fans is the World Series of Poker. In 2018, WSOP Circuit events were held in the Holland Casino Rotterdam. However, it’s not confirmed yet if more events will be on the schedule in the coming years.

The Small Ball Series, on the other hand, is on this year in two locations – Venlo and Nijmegen. Buy-ins for those events range from €100 up to €300.

The Utrecht Series of Poker is held in September 2019 in Holland Casino Utrecht. There, you can find higher stakes tournaments, going all the way up to the €600 Main Event and a €1,000 progressive bounty event.

– Casinos and Poker Rooms in the Netherlands – 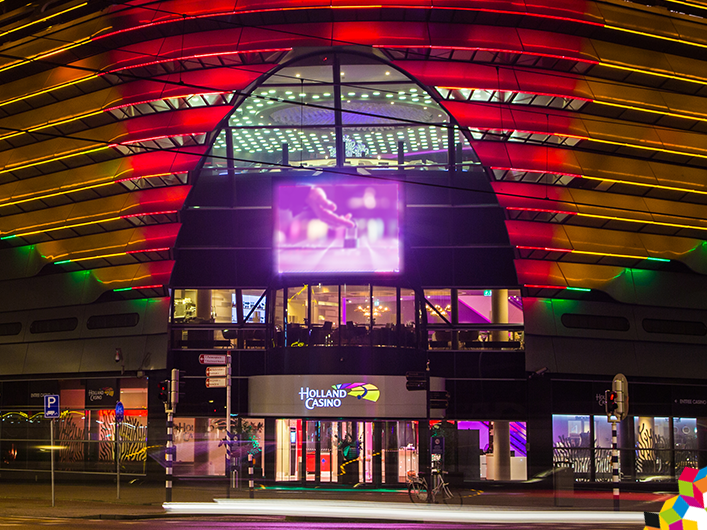 The Holland Casino Amsterdam Center venue is situated right in the centre of the Leidseplein entertainment district, with its many museums and canals. 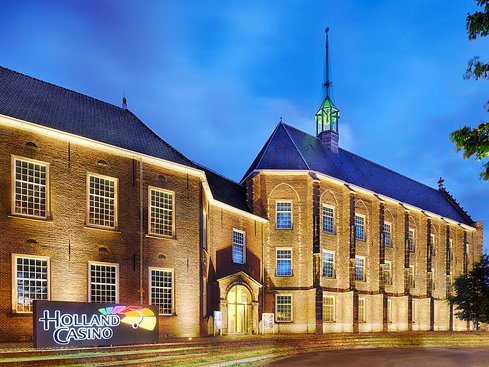 The 24-hour Holland Casino Breda is located in a beautiful venue with rich and ancient history, a national monument.

Holland Casino Eindhoven is centrally located on the market square in Eindhoven. You can access the casino from the parking garage of shopping center Heuvel and it is just a five-minute walk from Eindhoven Central Station.

Holland Casino Enschede is located in a unique venue close to the German border.

Holland Casino Groningen is easily accessible from the A7 motorway and the centre of Groningen.

Casino Leeuwarden pretty much sounds like a party location in addition to a gambling spot as it offers parties for personal or public reasons.

Holland Casino Nijmegen is located on a prime location on the river de Waal. It offers a shuttle service, dining options and of course all the usual casino games.

Holland Casino Rotterdam is located in the heart of Rotterdam, opposite of the Central Station. It is offering a wide variety of gambling and dining options.

The coastal Holland Casino in Scheveningen has a restaurant, bars and exclusive spaces with entertaining programmes. 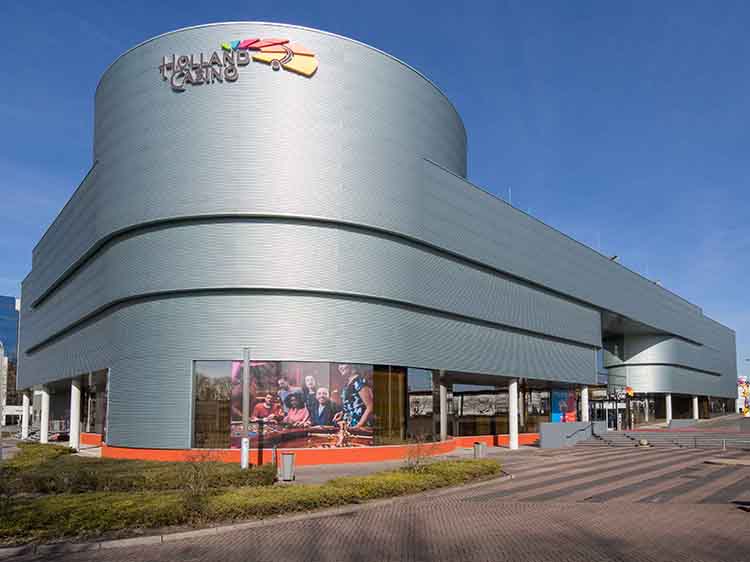 Casino Utrecht is being advertised as one of the most fun and exciting casinos of the group. It is only a short walk away from the central train station right by a canal.

At the top of the Cauberg in Valkenburg lies the Holland Casino Valkenburg. It is close to the Belgian border and offers gaming and dining options.

Venlo is close to the German border and the casino  is easily accessible due to its position close to the highway. It was built in 2006 in Eastern-style designs with two elephants before the entrance.

Holland Casino Zandvoort is located right at the promenade and the beach. Nothing beats a casino with sea view.

Online Poker Legislation in the Netherlands

For years and years, it’s been illegal to play online poker in the Netherlands. That changed with the passing of the Remote Gambling Bill in 2019. The Senate voting in favor of it was the culmination of a process spanning more than two years – the lower chamber of the Dutch legislature voted on the bill in 2016.

With the favorable turn of events, hundreds of foreign companies are expected to file for licences with the local gaming authority, Kansspelautoriteit. However, please note that these rules aren’t going to be implemented until January 1st, 2021 the earliest. This means the poker loving Dutch still have to wait to be able to play their favorite card game legally online.

In this article, we offer a list of the advantages and disadvantages of each online Poker Room currently accessible to Dutch players in 2021.