Belgium has a rich gambling life. Horse racing, of all things gambling, is especially popular in the country. The famous horse racing track Hippodrome Wellington is located in the coastal city of Ostend.

Both live and online gambling is legal in the country and they’re both regulated by the Belgian Gaming Commission – that, evidently, includes poker as well. The European Union often puts pressure on governments to let foreign gambling companies compete fairly. Given the fact that the headquarters for the European Commission, the most powerful institution of the EU, is located in Brussels, there is even more pressure on Belgium to comply with EU standards. The laws currently in place are dictated by the 2011 Gaming Act.

In 2018, the Belgian Gaming Commission made international news. It was for a reason unrelated to poker – the commission decided that loot boxes in video games count as gambling and banned games that are largely played by minors, such as EA Sports’ FIFA series, from including them in their gameplay. The decision caused a ripple effect around the world and now there is a similar piece of legislation proposed in the US Senate.

Jonas Mols – better known as his online moniker OtB_RedBaron – is considered one of the best online cash game players in the world. According to HighstakesDB, he’s over $2 million in profit after playing 255,000 hands of high stakes cash games on PokerStars. He’s often willing to go as high as $200/$400 in stakes, mostly playing No Limit Hold’em.

One of the most popular poker YouTubers, Joe Ingram made multiple videos on the crazy hands he’s played for huge sums of money.

Land casinos need to apply for licences from the Gaming Commission. If you take part in an unlicensed game, you can be prosecuted along with the organizers if it can be proven that you were aware of the game being unlicenced.

The best known gambling house in the country is the Grand Casino Viage, located in the capital city of Brussels.

Their cash tables start running at 7 pm each day. They offer No Limit Hold’em and Pot Limit Omaha. The lowest stakes you can find there is €2/€2, while the highest is €10/€20.

World Poker Tour events also have been hosted in this casino.

In the city of Spa, Casino de Spa awaits the ones looking for some poker action. They have €2/€4 and €5/€5 cash tables, both NLHE and PLO.

They also host 1-2 tournaments 4 days per week. They have higher buy-in events as well, the biggest one being a €300 PLO event. The lowest stake tourney is a €25 NLHE self dealt event.

– Casinos and Poker Rooms in Belgium –

According to Belgian law, a company needs to operate a brick-and-mortar casino in the country in order to be allowed to offer online gambling services. This would disqualify many major online poker rooms – however, they found a solution. They can partner up with operating Belgian land casinos to apply for licences.

This allowed PokerStars, Unibet and Bwin to run .be servers in Belgium. 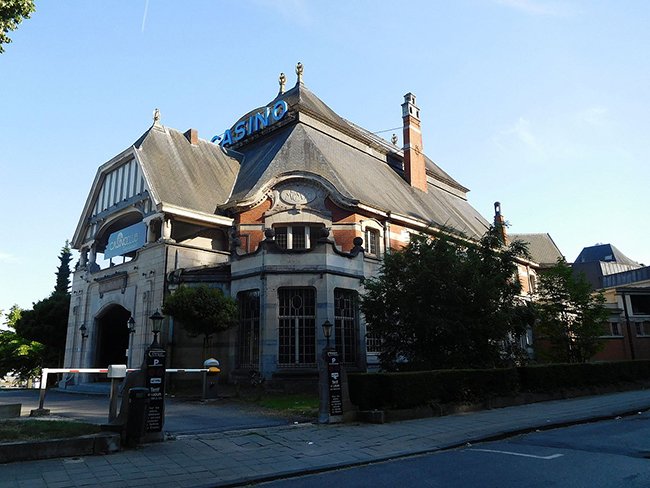 Grand Casino de Namur is located between the Meuse river and the citadel. It offers 220 slot machines, a small number of table games and an extensive poker offering.

Grand Casino Viage is the largest casino in Belgium and is part of Casinos Austria International.

Casino Oostende is located inside the Kursaal in Oostende, Vlaamse, Belgium, right at the seafront.