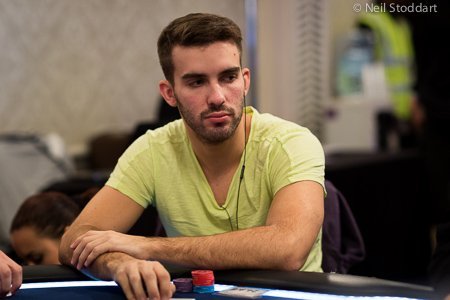 Jeffrey Rossiter probably isn’t a household name in the global poker community but his consistent live tournament performance over the past years has placed his name on the map when it comes to Australia’s finest poker pros.

The first significant cash earning of Rossiter‘s career was when he placed 3rd in the 2011 Aussie Millions Main Event for $692,315.  In November, he again placed 3rd in the Main Event but this time for the Asia Pacific Poker Tour (APPT) Macau where he took home $167,791.

Near the end of 2012, he once again earned a 6-figure cash prize by winning the Asia Championship of Poker (ACOP) in Macau, taking home USD$229,276 for being the last man standing.  Only 7 days after in the same event, he placed 2nd at the High Roller event for USD$286,949.

The year 2013 was the most fortuitous year for Rossiter as he received his largest cash earning to date.  He placed 2nd in the GuangDong Asia Millions in Macau and won a huge amount of USD$3,155,887.  Towards the end of the year, in October and November, Rossiter placed 5th in the European Poker Tour (EPT) London Main Event for USD$246,972 and 4th in the ACOP High Roller Event for $ 158,103, respectively.

The following years didn’t produce as much earnings but Rossiter still showed a consistent performance in the Asia Pacific, European and American live tournament circuits.

This year 2017, however, has started very well for the Australian poker pro.  He placed 4th in the 2017 Aussie Millions Main Event taking home a nice $332,301 cash prize for his efforts.

As of this writing, Rossiter is ranked 2nd ranked in Australia’s All-Time Money List which proves that he is a consistent winner and for sure more will be seen of this amazing player from Down Under.

Read more about this player on Somuchpoker