On December 14th, in Jeju South Korea, the Paradise Poker Room hosted the first ever International Poker Open in Asia. Based until now in Jeju City, the brand itself is owned by Allwinstar Entertainment.LLC who are based in Maryland, USA. The tour is now looking for an expansion across asia.

Somuchpoker have contacted Hession Yan, president of the IPO to gain a greater insight into where the IPO is in terms of it's plans and development, and where it hopes to go in the future. He revealed that IPO3 is confirmed for November, and will take place in Resorts World Manila from November 22 to November 28 in the Philippines. Schedule will partially overlap with the APT Vietnam 2 which is ending on the 26th of November. 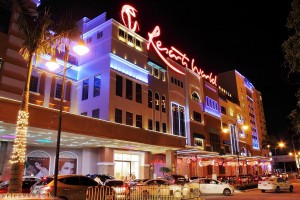 IPO3 will be hosted at Resort World Manila in November

A larger partnership with Gentil Group

Furthermore, the IPO are in talks with Genting HK Group over a larger project. This project would involve using Genting owned properties to host poker events during 3 years. Genting Group is a Malaysian conglomerate, but they own casinos across the world, including 47 in the UK. Resorts World Genting in Malaysia was their pioneering project, although there are other famous integrated resorts globally, including Resorts World Santosa in Singapore, and Resorts World Manila, in the Philippines.

Last April, Jeju hosted IPO2, and there is every indication that the group will continue to run events in Korea, especially as Resorts World Jeju is currently in development and due to open in 2017. Major poker tours currently do not stop in countries such as Malaysia and Singapore, but the IPO partnership with Genting could be looking to change this, with major events feasibly being hosted there in future.

The APT and APPT currently hold the distinction of being the biggest tours across Asia, and it's unlikely that will be changing in the near future, but it is clear to see that Genting Group will make great partners for the IPO moving forward.