The Asia-Pacific Poker Tour (APPT) announced few days ago the tour's schedule for next year. With the tenth season of the APPT just around the corner, it seems a fine time to examine where the tour is focussing it's energy, and how it seeks to compete in 2016. Compete is the important word here, as the WPT, IPO, and APT have all been looking to strengthen their foothold in Asia, and competition between tours isn't going away any time soon.

The APPT previsional schedule for season 10 sends a clear message in terms of the vision for this tour moving forward. The forced closure of the Nanjing Millions, coupled with the more recent APT Vietnam cancellation, have made organisers nervous about new frontiers. So with the Asian poker climate not suited to growing something new, the obvious choice seems to work on consolidating destinations and festivals that already have strong roots.

With Pokerstars having recently opened a new room in Manila, and the Philippines being a popular destination, it is no surprise to see the Manila Megastack 5 scheduled for May 3rd – 8th. The Manila Megastack 6 is also due to take place between November 29th and December 4th. Given the success of APPT Manila last time around, the inclusion of this event between July 28th and August 8th 2016 also makes sense.

Given the success of PokerStars events in Macau lately and the absence of real competition for this destination, seeing five events next year scheduled in the city isn't a surprise. The schedule for next year kicks off there, with the Macau Millions scheduled for January 8th to the 18th. APPT Macau is due to take place between May 18th – 29th, sandwiched between two Manila stops. The Macau Poker Cup will make two appearance this year and the ACOP Festival will take place between october 28 – November 13. 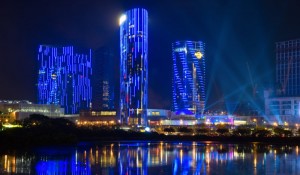 The APPT  moves to Melbourne for the ever popular Aussie Millions between January 13th and February 1st and return to Australia between October 6th and 18th for the APPT Melbourne. The APPT Seoul makes a return too, between April 4th and 11th.