With the Main Event field of the Asia Poker League eventually being tallied at 465 by the official count, the $500K prize pool generated some hefty payouts for the top few places.

Only 67 players would return on day 2 to contest that prize money though, with most of the field having fallen during the 5 starting day flights. It took a few hours to get down to the final table of 9 players, with Wang Jing leading the way as the players took their seats. Professional player Tao Qiang was also still in contention, but carried a shorter stack going into the final table.

Ladies fail to convert their lead

With two ladies occupying the top spots going into day 2, hopes were high that they might capitalise on their position and bring big stacks to the final table. Unfortunately for both competitors, they endured a difficult day 2, and neither made the final table. Xu Hong Dan stuck around the longest, eventually bowing out in 11th place. While many players would not be in the right frame of mind to start another tournament after a difficult day, Dan admirably jumped straight into the High Roller, and soon rose to the top of the chip counts.

The international contingent also failed to make an impact during the second day, with none of them managing to reach the final table.

As his challengers fell one by one, Wang Jing always looked like the man to beat at this final table. He showed real tournament prowess in putting his chiplead to work and built on his position of strength from the start. He eventually got heads up with Sun Bo, and having overcome every obstacle up to that point, Jing never looked like faltering once the finish line was in sight. He took the victory, and walked away with 800,000Rmb in prize money.

Top spayouts are as follows:

Festival closes on a high note 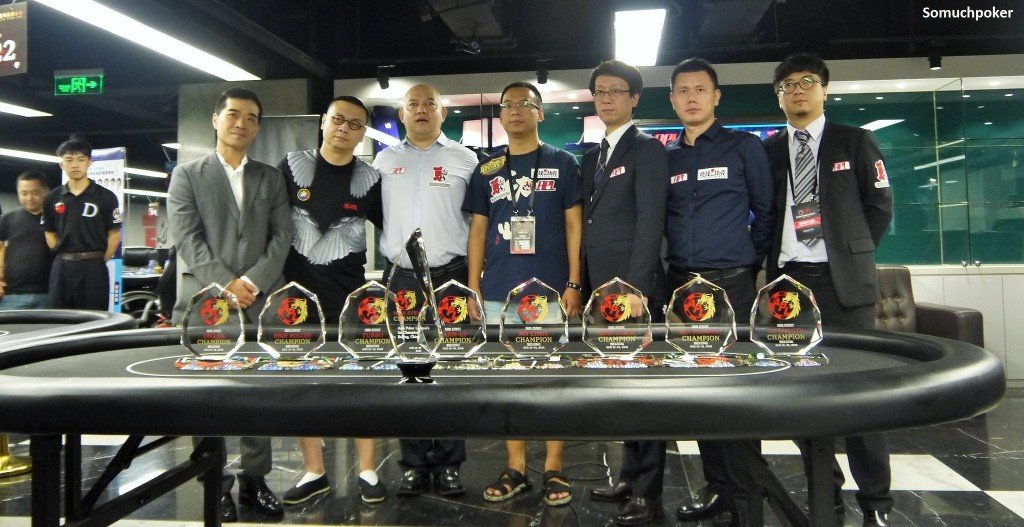 When the APL revealed their ambitions to host an event in Beijing a few months ago, the reaction they got was somewhat mixed. The $500K guarantee that they planned to put on the event was very bold when you consider that the Nanjing Millions raid last year had made players wary of live events in China. Players may have had a few concerns at first, but the manner in which the APL has set out its stall here in Beijing this past week will have gone a long way towards banishing them.

The organisers of the APL will have been pleased to see a strong turnout for the side events, and while the first few starting flights for the Main Event weren’t explosive in terms of field size, there was never any real cause for concern. The expected upswing in player numbers arrived on the fourth and fifth starting days to send the total field size to 465. The target was 500, but the final number is close enough to be very encouraging for this project as it moves forward. The organisers have clearly done an excellent job in attracting a field of this size given the circumstances, and will be very satisfied with their work.

Importantly, the APL has been an interesting window into the Chinese poker scene, with many talented young players taking to the felt during the past week. Furthermore, Beijing Poker Club have shown the world that they are leading the way in China, with two floors dedicated to the game, set within a club situated in a popular part of Beijing. International players who may have felt uncertain about playing poker in mainland China now know there is a venue here that they can  put their trust in.

The broadcast of this event on several Chinese media outlets has also been a real success, with sponsored pros putting on a display of poker skill to the watching public. This is just one good point among many positives that will be taken from this week.

While that doesn’t mean there will be no adjustments or improvements in future, it does mean that the APL has announced its arrival to the Asian poker world in the best way possible.