It was an action-packed Sunday at the PPPoker World Championship with Main Event Day 1B dragging out 143 players to host venue Resorts World Manila. The draw of course was none other than the meaty PHP 20 Million (US$382,000) guaranteed prize pool. By the end of the scheduled 10 hours of play, only 46 had chips to bag. Owning the leader’s status was Canada’s Alpheus Chan with 273,500 in chips.

During the first half of the day, Chan eliminated WSOP champion Mike Takayama, one of the most well-known figures in Philippine poker. In the latter half, he delivered a double knockout with his

spiking royalty on the board

. Chan has now overtaken Day 1A chip leader Abhinav Iyer (230,400) and will be the player to catch up to for Day 1C players.

Trailing close behind the leader is Filipino pro William Ysmael with 266,500. Ysmael catapulted to the top of the rankings after taking down German pro Marvin Rettenmaier. Rettenmaier raise-shoved on the river board

. Ysmael found the guts to call it and shipped the massive pot with

The only other player to settle above the 200k marker was Ireland’s Mark Gruendemann with 204,100. Gruendemann’s stack swung all day until his

paid off with a straight to ship all of a player’s stack. He completes the top three leaders of the day. 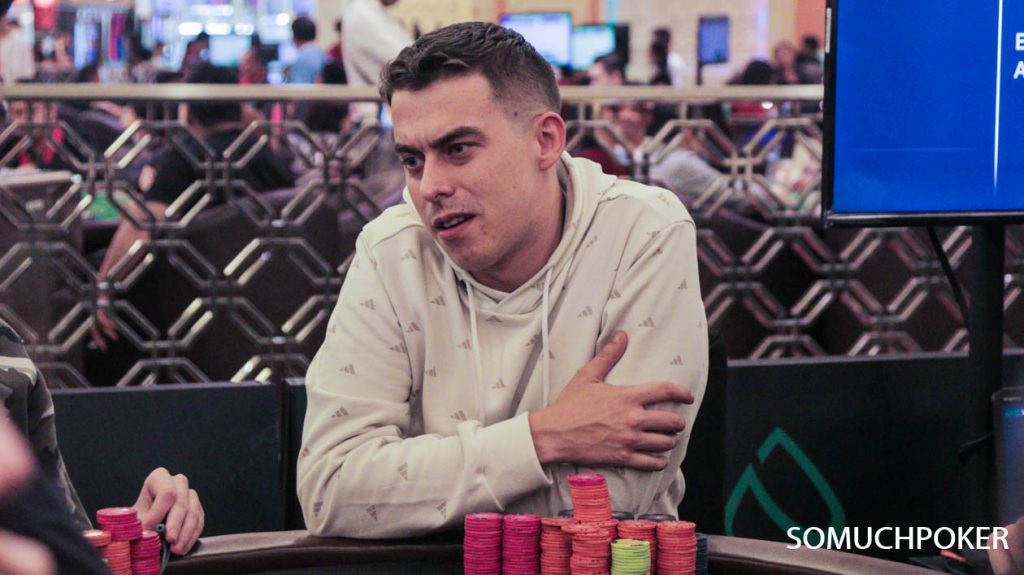 You can read up on the action the Day 1B Live Updates post.

All of these players advance to Day 2 taking place on Tuesday, February 19 at 12pm.

With the field downsized considerably from 143 to 46 players, the list of fallouts included well known players: Pete Chen, Linh Tran, Lim Yohwan, Pham Bao, Simon Burns, Gabriela Belisario, Florencio Campomanes, Marcuss Liow, Kai Paulsen, Dhanesh Chainani, and Sumit Sapra. All is not lost though, they will have one more chance to get back in the running with Day 1C (last starting day) coming up next.